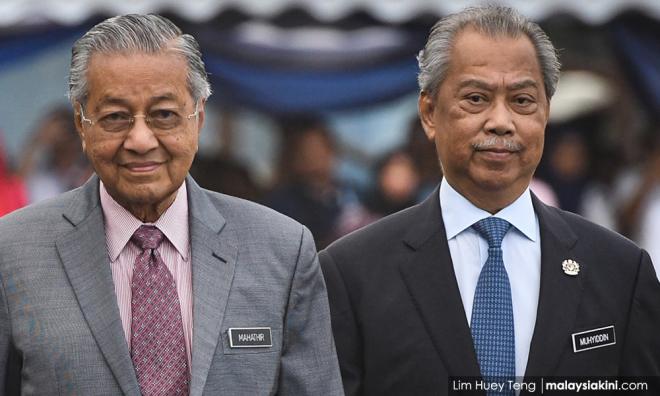 MP SPEAKS | Covid-19 has been used to justify Parliament being delayed, shortened and void of any debates.

Now it is to justify declaring a state of emergency. But the power and authority in today's government have been adequate to deal with the pandemic.

We don't find the kind of objection by the people as seen in the US and Europe. Our people have very largely obeyed the restrictions such as the movement control order (MCO).

What can emergency do to stop the pandemic more than what we can do now. Nothing.

But an emergency would give extra power to the prime minister. What he has done so far has not mitigated the political, economic and social problems affecting the country.

He has a huge cabinet which has contributed nothing to the well-being of the people and the country.

Most of the things done is about the political situation. This government is not the government elected by the people. It has come to power by undemocratic means. And now it is only concerned about staying in power.

Faced with the possibility of being overthrown, the prime minister wants the powers under a state of emergency. The only benefit would accrue to the prime minister, as Parliament would be paralysed. He would claim that it is the wish of the palace.

Already, the mere rumour of an emergency has resulted in the stock market taking a deep dive.

If emergency is declared then the market will collapse completely. The investors have no faith in the prime minister being able to manage the economy.

He messed up the Covid-19 situation by trying to grab the government of Sabah. The present spike is entirely due to the Sabah elections.

So, the government has been changed. What good has it brought to Sabah.

Countries with more severe Covid-19 problems have not declared emergency for the whole country but only for the affected areas.

That was specific for dealing with the local problem. But none have suspended laws and Parliament as it would if emergency is declared in Malaysia.

There are no riots or violence in Malaysia, no breakdown of laws and order to justify an emergency.

But there is a need for some changes to be made to the government which seized power through undemocratic means.

Emergency: Anwar should realise his role in the problem, says FT minister
24 Oct 2020
COMMENT | Emergency without good, genuine cause will destroy nation
24 Oct 2020
Agong to discuss cabinet's suggestions with other rulers, calls for calm
24 Oct 2020
Proroguing Parliament might mean Anwar was right, says Umno leader
24 Oct 2020
MP SPEAKS | No justification for emergency, nor giving PM more powers
24 Oct 2020
MP: PM should seek truce or be remembered as a coward
24 Oct 2020
Report: The goal of emergency is to avoid Budget 2021 vote
24 Oct 2020
What other law to use when people don't want polls? – FT minister
23 Oct 2020