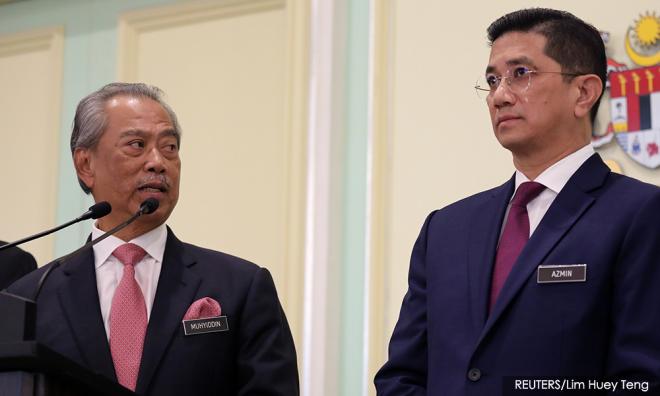 COMMENT | To reset the scene, Muhyiddin should remove Hamzah and Azmin

COMMENT | To reset the scene, Prime Minister Muhyiddin Yassin should make Parliament the avenue for genuine cooperation, consultation and co-governing with the opposition for the greater good of the nation in this time of the Covid-19 crisis.

To smooth the process, it would be very helpful if Muhyiddin offers the heads of Hamzah Zainuddin and Azmin Ali.

In the last decade, the royal institution has made three very important interventions in favour of preserving parliamentary democracy.

First, in October 2015, the Council of Rulers showed its displeasure against the National Security Council Bill and the then-king decided not to assent to the bill. It was a clear indication that the rulers were not prepared to accept prime ministerial overreach in matters of national security.

Second, several Malay rulers played very important roles behind the scene to ensure the smooth post-election transition of power from BN to Pakatan Harapan on May 9 and 10, 2018...