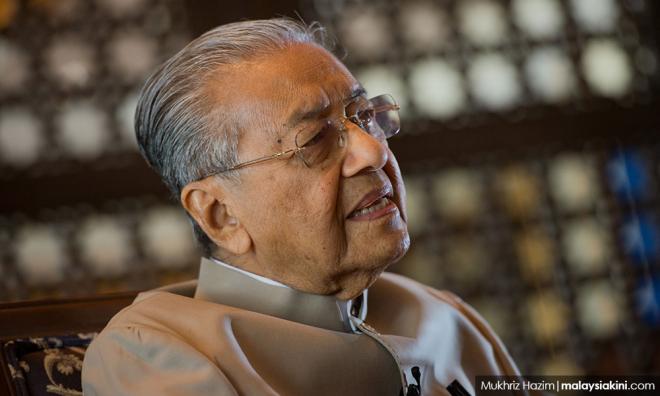 COMMENT | The latest revelations by former attorney-general Tommy Thomas on the conduct of Dr Mahathir Mohamed in the finals days of the Pakatan Harapan government augur badly for the legacy of the former two-time premier.

But, as we already know and as the man himself has often maintained, Mahathir cares little for his legacy.

Maybe so, but what Thomas has disclosed in his book, My Story: Justice in the Wilderness, which is scheduled to be released today, ought to have put paid to Mahathir's new political outfit's (Pejuang) hopes of contesting GE15 under the logo of Amanah, a Pakatan Harapan component.

The Registrar of Societies on Jan 6 rejected the application for recognition by Pejuang, a new party initiated by Mahathir after he was expelled by Bersatu, the party he founded in 2016 to fight Umno.

Pejuang's application for registration as an official party was filed in August last year.

If not approved by the time of GE15, Pejuang's incumbent MPs would have to contest as independents.

The party would prefer to contest under a known symbol and has suggested that perhaps Amanah would be amenable.

There are leaders in Amanah who view Mahathir as a credible leader but it would be difficult to countenance that position after what Thomas has revealed in his book.

Distress and dismay have risen among the leaders of Harapan and the legions which elected them in proportion to what is seen as...