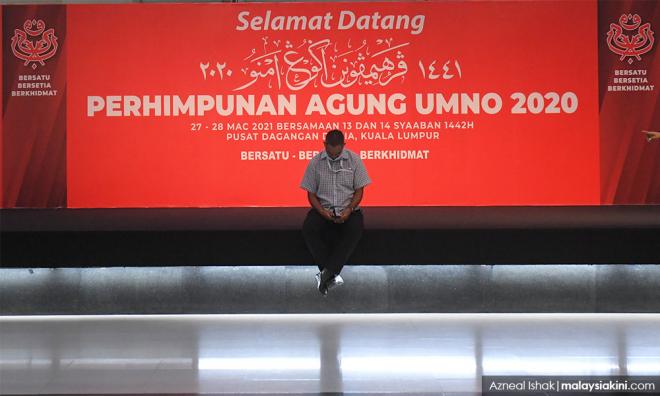 “This is my house. I have to defend it." - Kevin McCallister in Home Alone

COMMENT | In January Putrajaya Umno was fined for holding a frozen chicken event without following the Covid-19 SOPs. The incident epitomised the problems the party was having – no longer in the national leadership seat, the party was coming under greater scrutiny for failing to follow the law. Former party president Najib Abdul Razak was convicted in July 2020 for his involvement in the 1MDB scandal and the trial of the current president Ahmad Zahid Hamidi, facing charges of corruption, was about to start.

The event came days after an emergency was declared preventing a general election and closing off the path that could provide the gateway for Umno to return to power after winning its traditional Malay-majority seats. Then the party was rattling Muhyiddin Yassin’s cage, threatening to leave his coalition government.

Now two months later, the decision to sever the relationship with Muhyiddin’s Bersatu has been endorsed at the party’s 75th general assembly. The decision gives full authority for current Umno party’s leaders to set the timing of the exit if a general election is not called in a timeline of their approval. Like the movie, Home Alone, Umno is seen to be defending itself from burglars who have been seen to be stealing its members and, most important of all, occupying the seat of power as prime minister that they believe is rightly theirs. They want the supposed burglars out of the house.

Like Kevin in the movie, Zahid has shown he is in charge and resourceful in protecting ‘his house’. He has capitalised on the defensive sentiments in the party to rally around enemies. This time the main enemy is Bersatu. Even PAS has been called out for undercutting Umno. The tradition of rallying around perceived threats is a well-honed strategy for Umno party leaders. ‘Enemy’ strategies traditionally leave scars, polarising ...