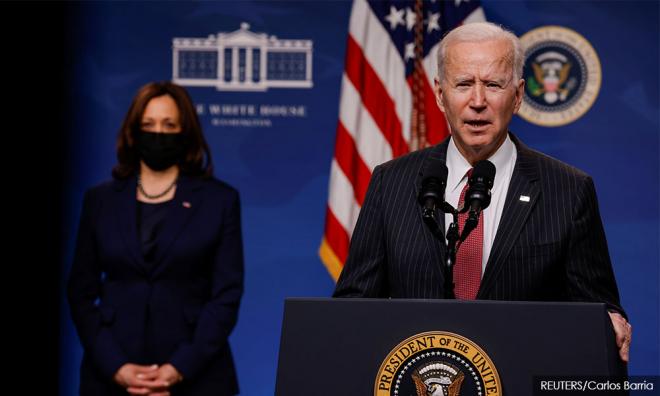 First of all, I would like to congratulate you on a historic 100 days in office. Among some of your many achievements are (i) vaccinating more than 200 million Americans and other residents in the US (ii) passing a US$1.9 trillion stimulus package despite no support from the other side of the aisle (iii) started the process of restoring the role of the US in global alliances starting with rejoining the Paris Climate Accords.

I would also like to thank both of you for speaking strongly and unequivocally on the attacks in Atlanta, where Asian Americans were targeted and killed by an extremely disturbed man for extremely disturbing reasons. As someone of Asian descent (I am a Malaysian Chinese) who lived in Durham, North Carolina, for 6 years from 2004 to 2010, whilst pursuing my PhD in political science at Duke University as a Fulbright scholar, I am somewhat aware of the racial dynamics in a Southern city in the United States. And I can only somewhat imagine the psychological impact on people of Asian descent in the US as a result of the racial rhetoric that has been “amped” up over the past couple of years, no doubt fueled by the actions and words of your predecessor.

I am writing this letter primarily to lay out my thoughts on what I think a reasonable US foreign policy towards Southeast Asia (SEA) would look like. I am not an international relations specialist (my focus areas in political science were comparative and American politics) but I did serve as Malaysia’s deputy international trade and industry minister for 20 months from July 2018 to February 2020. As such, my views and preferences are more pragmatic in nature and less “calculative” and “strategic”, if this makes sense. The following are a few recommendations which I hope that someone from your office or from the US State Department...