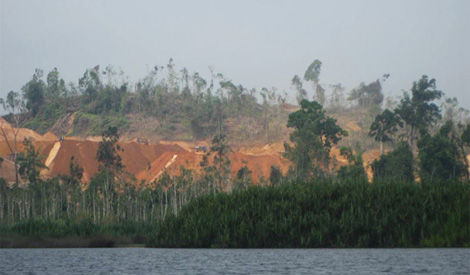 COMMENT | If anyone needed more evidence of double standards in governance, it would have to be the latest scandal hitting Tasek Chini.

If 'Ali, Bala and Chong (ABC) Sendirian Bhd' had applied for a mining or logging concession in the area around Tasek Chini, the company's application would have been rejected.

Why? In 2019 and 2020, the Pahang state government had gazetted Tasek Chini and the surrounding areas as a permanent forest reserve and the lake was to be made into a state park.

After much pressure from various NGOs, environmentalists and the Orang Asli, whose home is Tasek Chini, Pahang's Mentri Besar Wan Rosdy Wan Ismail announced his ambitious plan to rehabilitate the lake within 10 to 20 years.

The idea was to attract local and foreign tourists to Tasek Chini, which he wanted to turn into a prime tourism destination with its vast array of attractions and recreational facilities.

One has lost count of the number of times successive MBs make janji Melayu (empty promises).

Several academicians have warned that Tasek Chini is on its last legs and in 2012, Transparency International launched a campaign to save Malaysia's second-largest freshwater lake...