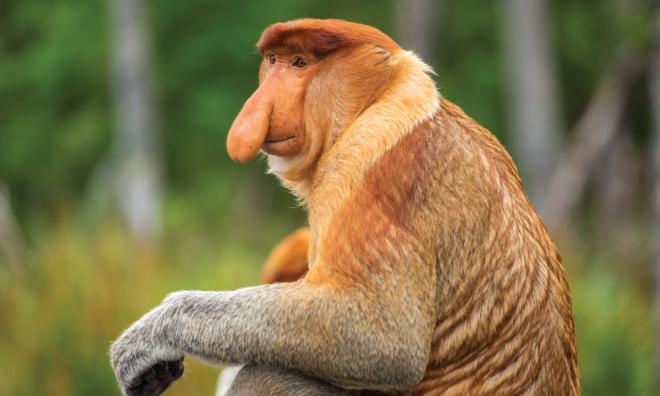 Pygmy elephants, proboscis monkeys, rhinoceros hornbills and orangutans are among the iconic species of Borneo, which consists of Sarawak and Sabah (Malaysia), and Kalimantan (Indonesia).

Sarawak and Sabah, being the two largest states in Malaysia, accounted for a combined 53.4% of the oil palm planted area in the country as of December 2018, according to the statistics released by the Malaysian Palm Oil Board (MPOB).

Palm oil, the most popular vegetable oil on earth, is known for its unbeatable functionality that stokes the envy of its rival crops. However, finding an equilibrium between business and environmental preservation remains challenging, given the fact that nature conservation and socioeconomic development are basically inseparable. Both are inextricably linked and are slow processes.

And the oil palm industry needs a concerted, collective effort from all the stakeholders to achieve a common goal – a sustainable ecosystem for all. It is like master-stroking a delicate yet sophisticated art. It takes a great deal of planning and preparation, together with tenacity and determination, not to mention energy, time and money.

Started in 2006, the MPOWCF embodies a series of focused conservation-cum-research endeavours, involving experts from professional fraternities such as the academia, government agencies and NGOs.

Utilising grants contributed by the oil palm industry and independent donors, the MPOWCF, which is managed and operated by MPOC, provides funds for projects or studies of wildlife, biodiversity and environmental conservation, while striving for a sustainable palm oil production.

Over the past 13 years, recent conservation projects worth mentioning include those undertaken by the Wildlife Rescue Unit of Sabah Wildlife Department, the Orangutan Action Plan, the Bornean Elephant Action Plan, and Malua Wildlife Habitat Conservation Bank, among others.

The Sabah Wildlife Department’s Wildlife Rescue Unit is a purpose-built wildlife conservation outfit launched in 2010 for the rescue and, or translocation of distressed wildlife found within Sabah.

With funding from MPOC’s Malaysian Palm Oil Wildlife Conservation Fund and Shangri-La’s Rasa Ria Resort, WRU comes into play when the natural habitat of certain animals is confined to unfit fragmented areas where they tend to stray into plantations and villages, which necessitates a strategic course of action - moving the affected animals to safer places such as wildlife reserves to ensure their survival in the wild.

Undeniably, human-wildlife conflict is a natural concomitant of modernisation where natural habitat is being converted into agricultural areas and human settlements. Recognising this, MPOC is calling on oil palm growers to get themselves actively involved in conservation efforts for long-term viability of populating wildlife. The good news is that the push for sustainability is earnestly supported by the government and NGOs.

WRU’s responsibilities include undertaking wildlife rescue and translocation operations and other conservation pursuits; managing and setting up new Wildlife Rescue Centres (e.g. the one in Kg Potuki, Lok Kawi); assisting in wildlife research programmes and other conservation activities initiated by the Sabah Wildlife Department and its partners; highlighting the importance of wildlife conservation and promoting public awareness; minimising incidents of human-wildlife conflict; and engaging in on-site wildlife enforcement and monitoring.

Pushing nature conservation as one of its top agendas, MPOC is urging all the industry players to take proactive measures to tackle human-wildlife conflict for a sustainable co-existence between mankind and ecology.

The project successfully identified the “Orangutan High Priority Areas” where 70% of the orangutan population in Sabah are located, which was primarily based on a study conducted in 2005, in collaboration with the palm oil industry.

The study stated that Sabah had about 11,000 orangutans with some of them living outside the protected areas. The orangutan population survey was a joint effort between the Sabah Wildlife Department, HUTAN (a French NGO), and the Borneo Conservation Trust.

One of the most prominent protected areas would be the 26,000-hectare Lower Kinabatangan, which was gazetted as the Kinabatangan Wildlife Sanctuary under the state’s Wildlife Conservation Enactment of 1997.

The action plan calls for forest fragments inhabited by orangutans to be connected through wildlife corridors or additional patches of forest or other connectivity schemes as deemed necessary.

On a commendable note, Genting Plantations Berhad, PBB Oil Palms Berhad and Sime Darby Berhad (through Yayasan Sime Darby) were among the main sponsors of such wildlife conservation projects across Malaysia.

The Bornean Elephant Action Plan is another similar five-year programme that helped identify, develop and implement strategies and actions to address the threats to this endemic species.

Jointly developed by the Sabah Wildlife Department, KOCP, BORA and DGFC as previously mentioned, the comprehensive action plan provided the industry with an ideal platform to contribute positively to the human-elephant conflict mitigation efforts such as carrying out wildlife patrol at potential conflict sites, plus conflict resolution training for plantation workers and other stakeholders.

Sharing the role diligently, MPOC lauded the collaborations and conservation efforts by all parties. For MPOC, the success of the programme lies in how well informed the public and industry are in terms of conservation education. And the industry, including smallholders, ought to work hand in hand with the local communities, wildlife authorities, and NGOs, for the wellbeing of nature, based on scientific approach.

Malua Forest Reserve was initially zoned for commercial forestry. However, the MWHCB agreement set forth a new direction for it as the Sabah government changed its status from commercial forestry to a fully protected zone in 2013.

Advised by a committee consisting of local and international environmental groups (including NGOs) and scientific experts on the technical aspects of conservation and independent oversight of the project, MWHCB had also mapped out a conservation partnership between the local government and the oil palm growers around Malua Forest Reserve with a common vision in mind - nurturing a symbiotic relationship with the environment. The agreement was based on key research findings of the studies funded by MPOWCF in 2013.

A case study conducted by Merril Halley in 2015 showed encouraging conservation success where logging had been stopped and illegal activities, including illegal hunting (poaching), had decreased dramatically - thanks to regular aerial surveys, active patrolling along the reserve boundaries, and regular population and density monitoring of wildlife.

The overall orangutan population in Malua appeared to be relatively stable at approximately 530 individuals.

The construction of the orangutan bridges across Malua River to reconnect members of the population, along with nest boxes for hornbill breeding, are two very important conservation measures.

The Malaysian government is taking necessary measures to cap the country’s oil palm plantation areas at 6.5 million hectares by 2023, a move in line with its commitment to maintaining the natural forest cover of more than 50% (approx. 330,712 sq km or 33 million ha) of its total land mass as pledged at the 1992 UN Rio Earth Summit, assured Primary Industries minister, Teresa Kok.

“Oil palm areas in the country were undertaken in the designated land reserved as land banks for agriculture under state or alienated land provisions, and not planted on permanent forest reserve,” she made it clear during her keynote address at the 2018 International Palm Oil Sustainability Conference (IPOSC).

As a move to support the co-existence of a sustainable environmental and economic ecosystem, MPOC, through MPOWCF, is calling for more active private participation towards achieving the common goal.

Consistent financial support from private businesses and individuals will also ensure the sustainability of our conservation projects – harmonising environmental solutions with economic solutions at the same time.

Key actors in palm oil business urged to up their game to win over hearts
17 May 2019
Into the science behind Malaysian palm oil
17 May 2019
EU’s palm-based biofuel ban: Does it breach WTO free trade rules?
14 May 2019
An inconvenient truth about a crucial ingredient in instant noodles
10 May 2019