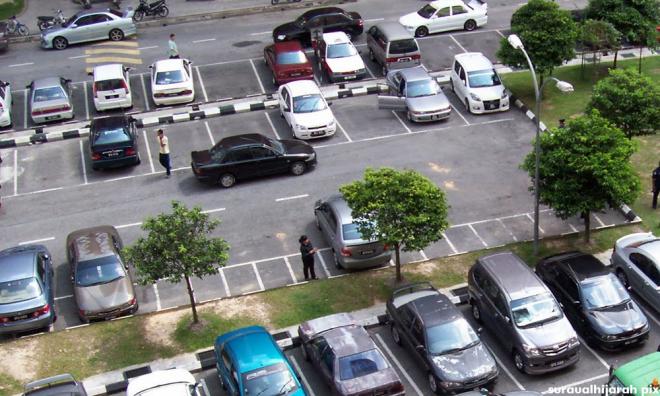 All parking charges revenue should accrue to DBKL fully

I read with such trepidation on the just-announced increase in parking charges in the areas under Kuala Lumpur City Hall (DBKL) supervision and the method of collection and revenue accruing to DBKL, as reported in the media here and here.

While the increase itself can be justified as a means to reduce congestion and free up parking lots for short-stay parking rather than turn these parking spots into a day parking lots, the mathematics and processes behind it seems illogical and end up in loss of revenue for DBKL’s coffers and consequently loss of funds to provide better service for KL resident.

In fact the payment should be on a 10-minutes band and not hourly as many a times we just need to pop in for about 10 or 15 minutes and we should not have to pay the full hour wastefully. This would be a good parking philosophy designed to discourage driving and long-term parking spot hogging.

Let’s say if the Inland Revenue Board outsourced its tax collection to its staff welfare body and receive just say even 70 percent of amounts collected on the basis that the new computer system was costly to implement, or if Customs were to outsource its Goods and Services Tax (GST) collection to its welfare foundation and receive only 60 percent of amounts collected dues to new GST software purchased by the welfare bodies, will the taxpayer remain silent?

So how come in this parking collection with new parking meters, only 35 percent of revenue collected is to be paid to DBKL and the balance pocketed by the Federal Territories staff welfare body? How could anyone in authority even think of approving this, let alone approving it in reality? It’s daylight robbery, sanctioned by the government.

It looks like DBKL has taken a leaf out of the Petaling Jaya City Council’s (MBPJ) book where their sport bodies collected advertising billboard licencing fees, which was put to and end only after a government change. Remember this.

Why can’t DBKL purchase a new parking machine and system, which was said to cost only RM23 million as reported here.

The RM23 million system is based on a car park software programme called CALE, which is from Sweden, and an enforcement system called Gtechna.

Expected revenue to be above RM150m a year

With the expected annual revenue from parking estimated to be above RM150 million a year, this initial sum can be easily being met.

Please refer to the simple/basic computation that I have calculated/estimated that shows that DBKL coffers and in turn ratepayers will lose out about RM112 million annually at the new rate. My assumptions and basis of calculation is as attached. It may not be very accurate but I have estimated as best as I can taking into account public holidays and the parking lots not being occupied all the time, which in itself is a conservative estimate.

If these are not the numbers DBKL are working on, then the enforcement and collection leaves a lot to be desired.

In tandem with this increase, many parking spots in Bangsar and Hartamas have been marked out in red, meaning they have been exclusively rented by business premises which means they will be less free space for regular motorist but more secured and guaranteed collection for the body which is collecting the parking fees.

So these prepaid marked red spots are for car drivers but being fully paid by the business owners nearby, which defeats the so call rationale for increasing the price so that people take public transport.

How come these things keep happening and nothing changes? 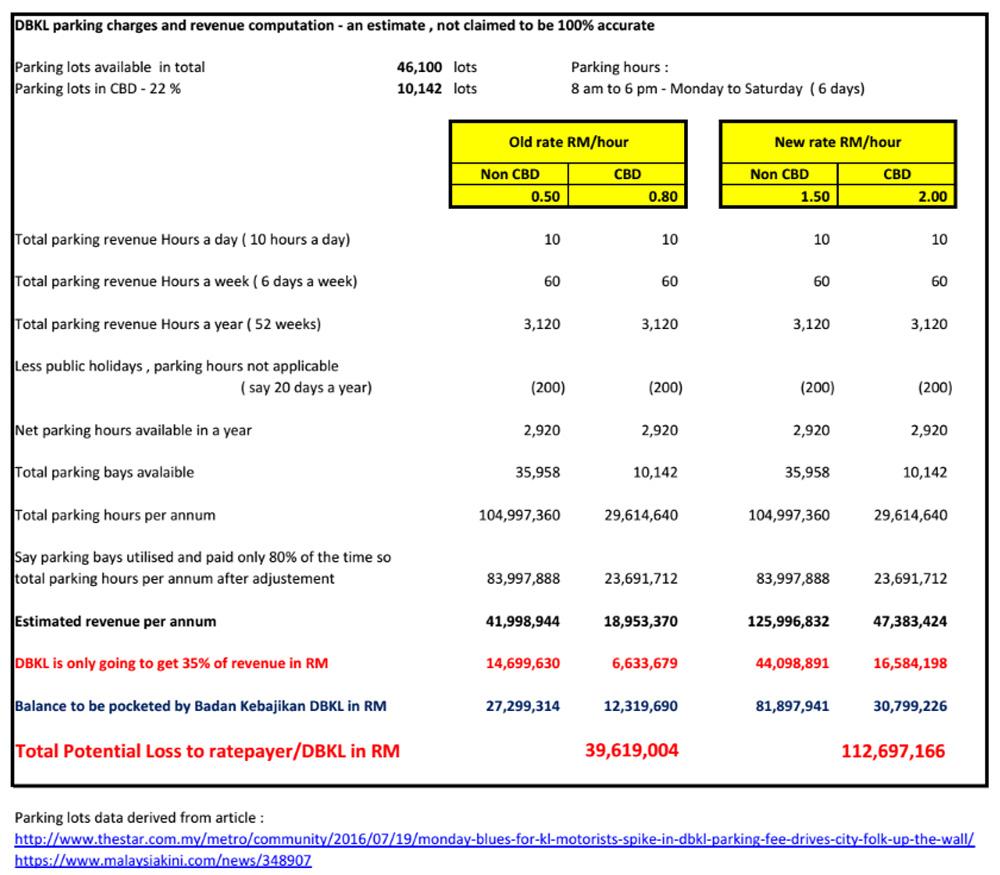