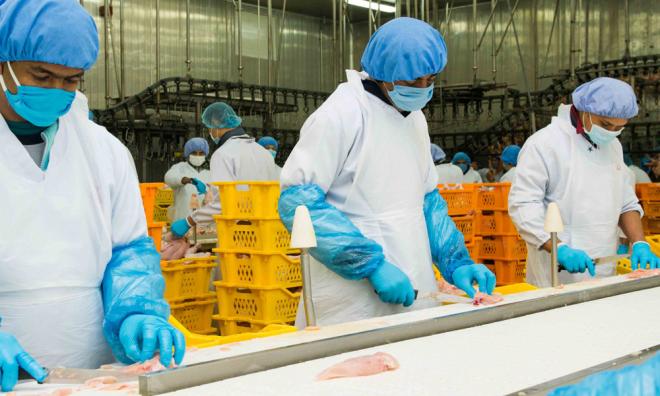 Industry 4.0: Speaking up for the working class

LETTER | The Malaysian Labour Day theme for this year is “Skilful Workers Pioneers of National Excellence”. The arrival of the fourth industrial revolution and Industry 4.0 are bringing greater challenges and impacts towards various sectors.

Caretaker minister in the Prime Minister’s Department Abdul Rahman Dahlan had predicted that 65 percent of the jobs will disappear by 2027.

This implies that many jobs will be replaced by machines and robots. If the workers’ skills are not being upgraded, they will face a serious unemployment issue in the future. Therefore, as the 14th general election is coming, both BN and Pakatan Harapan are promising to create job opportunities for the people.

In the recent years, due to the bad economy and also several factors such as Goods and Services Tax (GST), there are certain sectors in our country such as oil and gas (O&G), banking, manufacturing, and construction which are retrenching workers, or even being shut down, resulting in many losing their jobs.

The Ministry of Human Resources (MOHR) said that there were over 36,000 people in Malaysia who have been retrenched in 2017, and the Malaysian Employers Federation (MEF) even predicted that there will be 50,000 people being laid off in this year!

Other than that, it is also a fact that university graduates are facing unemployment as well. It was reported that there were 140,000 graduates who were unable to get a job.

Think-tank Political Studies for Change (KPRU) had said in a report that for the graduates being unable to secure a job is not always due to faults of their own, such as having unreasonable demands for salary and jobs, but also possibly due to other factors such as family background and the universities they graduated from.

Usually those from the East Coast (Kelantan, Terengganu and Pahang), or those from the poor states, poor families and poor social standings would generally face more difficulties in getting a job.

Many of those from poor families and those who graduated from the East Coast can hardly get a job in their respective states, and even if they go to the Klang Valley region, they tend to be disadvantaged in competing against those from other states.

Once they are unable to get a job, some graduates resort to selling nasi lemak or becoming e-hailing drivers to make a living.

This also shows that the current labour market does not match with the job seekers’ skills, and most of the job opportunities are some low-skilled jobs. So, even if you have a high academic qualification, there is nowhere for you to apply your knowledge and skills. Under the current situation, it is hard to find a job that suits your skills or talents.

Furthermore, some jobs are unable to provide appropriate protections. For instance, being an e-hailing driver, Malaysia does not have a law similar to the Employment Act 1955 or the Industrial Relations Act 1967 to protect the e-hailing drivers’ rights. Therefore, the drivers are at risk of being unjustly or unfairly banned.

There is no guarantee of income, and one also needs to prepare for losses and closing of business. It is not as easy as one perhaps imagines to be your own boss, as there will be many challenges to be faced in the process, such as hiring workers, creating a business model, dealing with customers, and managing the employees.

Besides that, many unemployed people are unable to immediately get a new job. Some of the reasons for this include advanced age, issues with qualification and experience, and so on.

In additions to that, many vacancies demand experienced applicants, therefore fresh graduates are ineligible for those vacancies. Of course, there are also people who are academically “overqualified” or “too experienced”, and are thus unable to get a lower-level or junior position.

Some ex-prisoners generally find it hard to get a job, as many employers are afraid to hire them due to fear of their criminal records. Even e-hailing companies are not willing to accept drivers with criminal records, so aren’t they putting those ex-criminals who wish to turn over a new leaf in a difficult situation?

Besides that, if some incumbent Members of Parliament (MP) and state assemblypersons lose in the coming general election, they will be having problems making a living, since many employers dare not employ those whose “profile are too high”.

Hence, in our opinion, the Social Security Organisation (Socso) which is running the Employment Insurance System (EIS) that is starting this year should further expand their safety net, helping more unemployed people to get a job, and give them appropriate allowance while they are seeking a job.

As the EIS makes it compulsory for each employee to be insured (while their employers contribute at the same time) for at least two years in order to get unemployment assistance in the future, we are in the opinion that Socso should continue with the current “interim allowance”, in order to enable those who did not contribute enough to apply for unemployment allowance for at least two months and with a minimum of RM600 per month.

This unemployment allowance, known as Job Search Allowance (JSA), should not be construed as feeding lazy bums for nothing, since the recipients must let the authorities help them find a job, and they cannot simply reject whatever job offer that comes, otherwise the authorities have the right to end their assistance.

After all, they have the opportunity to attend job trainings, and learning new skills enables them to venture into a new field. This is like killing two birds with one stone.

Other than lacking high-skilled job opportunities, workers are also suffering low salaries. The minimum wage implemented in Malaysia since 2016 is currently RM1,000 for West Malaysia, and RM920 for East Malaysia. This inequality is also being questioned, and it is also too low as well.

The Harapan manifesto promised to raise the nationwide minimum wage to RM1,500 in the first term of the Harapan government, and will review the minimum wage in every two years.

In order to alleviate the employers’ burden, the Harapan government will equally share the cost with the employers over the salary increment. On the other hand, the BN manifesto promised to raise the minimum wage to RM1,500 in five years time.

Workers are important as pioneers for the nation and society, and their contributions cannot be erased. In conjunction with Labour Day, we urge the government to be concerned with the rights of the working-class people, and provide them with more protections in their jobs.

OOI HENG is executive director of the think-tank Political Studies for Change (KPRU).