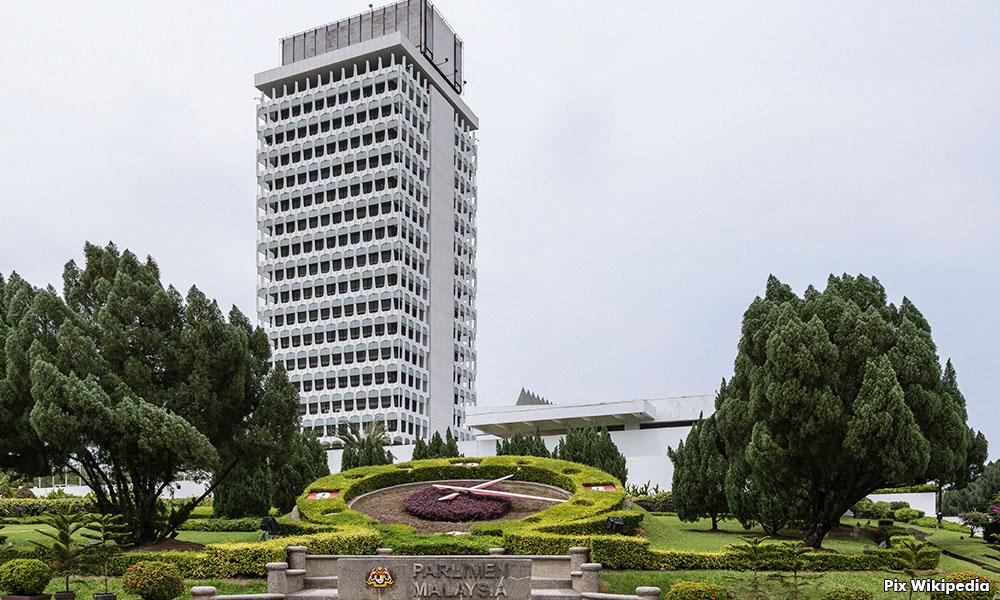 Let AG be appointed by Parliament

LETTER | Congratulations to Prime Minister Dr Mahathir Mohamed and the Pakatan Harapan leadership for the apt choice in picking senior lawyer Tommy Thomas as the new attorney general for the country, especially considering the immense tasks that the AG’s chambers will have to undertake in the days ahead as the prime minister has said that many oppressive laws will be repealed or amended and new legislation will be drafted to keep Malaysia to be in tandem with international laws and norms.

It is also good that the issue of the AG has been resolved in a diplomatic and amicable manner. Tommy Thomas is eminently qualified considering his expertise in constitutional and corporate law and having represented many high-profile litigations for state governments and corporate clients.

Tommy Thomas brings the enterprising and dynamism of the private legal practice into the mostly conservative and staid public sector and this private-public combination, very much prevalent in the US civil service, will augur well for the country.

This combination will also enable the prosecution to match the skilful and talented defence lawyers, who have won many high profile cases to the consternation of the government and nation. Needless to say, there needs to be a qualitative change in the prosecution service. The AG’s chambers should directly prosecute important cases on behalf of the MACC, the police, Immigration etc to ensure more effective evidence-gathering and prosecution to nail the wrong-doers without fear or favour.

Many of the agencies undertaking prosecution have been found to be inefficient and wanting and this is the main reason why many culprits escape through loopholes, lack of evidence and shoddy investigations. The new AG has to set up a new expert team of highly-capable and competent prosecutors to take on difficult and complex cases. The low rate of conviction has led to a popular loss of confidence in the prosecution service.

Considering the recent controversy stemming from Tommy Thomas’s selection as the new AG it will be better if the AG is elected by the 222 parliamentarians. A list of capable and acceptable candidates can be presented to the MPs, who can then select the best candidate for the important office. In the present scenario, Tommy Thomas would have been elected as the AG as he is the unanimous choice of Pakatan Harapan , which has a parliamentary majority.

Being elected by the MPs themselves will ensure that the AG will be directly accountable and responsible to parliament and therefore to the people, and not just to any individual and also prevent this highly important and influential position being abused and debased as was the case recently.

as there is a reduced possibility of the discretionary powers of the AG being abused about selective prosecution or non-prosecution. If the AG can do it right there is no need for a public prosecutor as the AG’s staff numbers and their expertise is considerable.

There is also a possibility that the public prosecutor may not be as committed or dedicated as the AG in wanting to win the case. This is a real issue that affects many prosecutions due to the AG and public prosecutor not seeing eye to eye on the cases. This dichotomy and split only favours the wrong-doers.

Also, the contents of the various treaties, contracts, guarantees, agreements and other legally binding documents must be made known to parliamentarians to prevent unfair and one-sided agreements that can jeopardiSe the nation’s future interest as has been revealed lately.

Considering Malaysia’s 60 year experience with the AG and the Public Prosecutor positions and their mostly negative aspects over the last few decades under a long-term one-party rule, it will be better to re-cast the AG and public prosecutor positions to work better for our nation based on our own history and precedents rather than rely wholly on systems and practices of other nations.

If necessary, a constitutional amendment concerning the position of the AG needs to be made to serve the nation’s interest better.