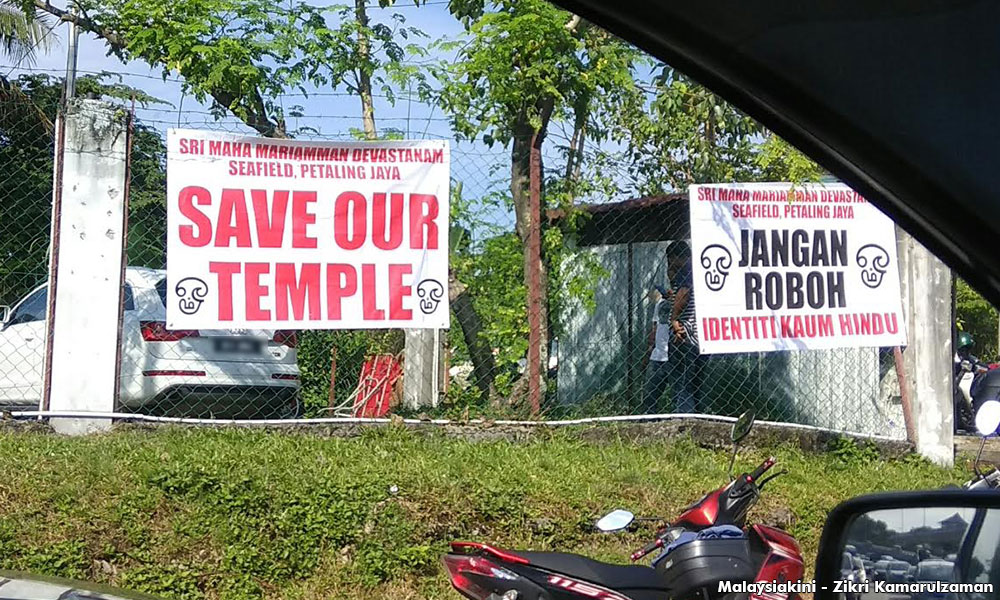 Can the Seafield temple consent judgement be revisited?

LETTER | Consent judgements from the courts are not cast in iron and parties to them can revisit them if the situation really warrants it.

In the case of Sri Mahamariamman Temple in Subang Jaya (formerly the Seafield Estate) the consent judgement reached between the two opposing parties to relocate the temple promised by the developer, One-City, is not immutable or cast in stone.

If the parties want to save the temple from being demolished, they can revisit the consent judgement with the objective of saving the temple for the larger good of the Malaysian Hindu community.

However, revisiting this court order would require the concurrence of all parties including the developer and One-City. It is not impossible, but the concerned parties might have think out of the box, swallow their pride and move forward.

The anticipated demolition very soon will not be taken lightly by the Hindus in the country. Too many Hindu places of worship have been torn down the past, all in the name of making way for development. The destruction of this temple on the basis of a court order or with the promise of alternative land inclusive of hefty compensation are not real mitigating factors.

If the two principal parties had agreed to implement the consent judgement, the matter might have been resolved a few years ago. However, if the temple had been demolished, such a rash act would not have gone down well with Hindus in the county, whatever the justification, court order or no.

This temple is not an ordinary one built a few years ago. It has a history of more than one hundred years and is one of the 15 temples built by plantation workers over the last 200 years. Demolishing the temple for relocation might not be acceptable to Hindus. Destruction of a temple with history is not something that can be tolerated by Hindus, a community keen to safeguard their places of worship and places of heritage.

Even if the temple needs to be relocated on the basis of a prior agreement, is there a necessity to demolish the existing temple? Can't there be an effort to allow the temple to remain at the present location as a Hindu heritage site?

Can't the landowner accommodate the present structure within the ambit of development? This was something that was done by the developer of the Mid-Valley project in Kuala Lumpur.

The whole episode could have been avoided if the Selangor state government had insisted on the preservation of the temple when the developer applied for the relevant permits. I am not sure why this was not done or the problems faced in allowing the temple to stay.

I am not against the court order, but could the temple be preserved in one form or another to the satisfaction of the Hindus in the country? In the next few days, can some creative solutions be worked out for the satisfaction and dignity of Hindus?

Temples or places of worship are not mere structures but the life and soul of Hindus in this country. No government worthy of its name would allow the demolition of temples without considering their impact on the psyche of the worshippers.