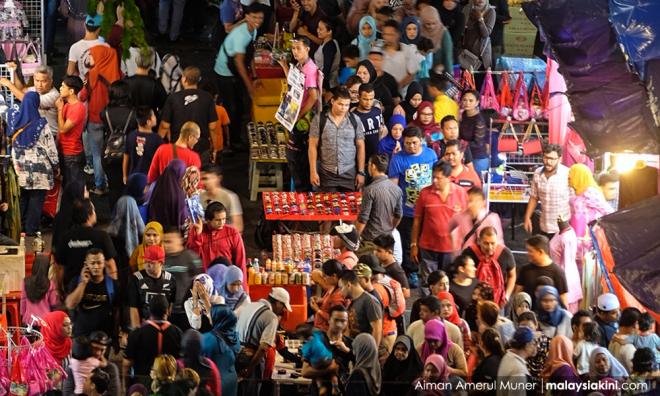 Supply of racial politics only responding to demand

LETTER | A series of recent incidents in our country reflect the fact that our Malaysia is not 'New Malaysia', but still very much the old Malaysia.

I was wrong that after the 14th general election, racial politics would no longer be favoured, and there would be no room for race-based politics, as people had rejected the previous ruling coalition which comprises of several major single-race parties.

Recent incidents proved that I was way too naive. Unfortunately, politicians are still playing around with racial and religious issues, practising racial politics and attempting to spark fury and fear among the community.

However, those politicians are not the only individuals that need to be blamed. The people have to be responsible too. As the saying goes, there will be no supply if there is no demand.

The reason that political parties are not afraid of playing with fire that is capable of destroying the whole nation is that there is a market for racial politics.

From what I have observed, shockingly, racial and religious politics are still very welcomed in the new era of Malaysia.

Some people are afraid that those of different races might dominate them, or might just rob them all from what they have. They cannot accept the concept of equality, where every individual deserves equal opportunity, treatment, education and employment irrespective of their skin colour and religious belief, because this has not been embedded into their minds in their cultural upbringing.

Racism and religious discrimination are getting worse. Look at the posts and comments on social media for evidence of this.

Is this the so-called New Malaysia? The answer is 'no' for me and we should be worried about the future of Malaysia should this kind of mindset continue to exist.

Do not give any opportunity to those with ulterior motives to bring religion and racial politics into play, or else the country will be torn apart with our very own hands.

Let all of us be heroes of Malaysia, and not of a single race.