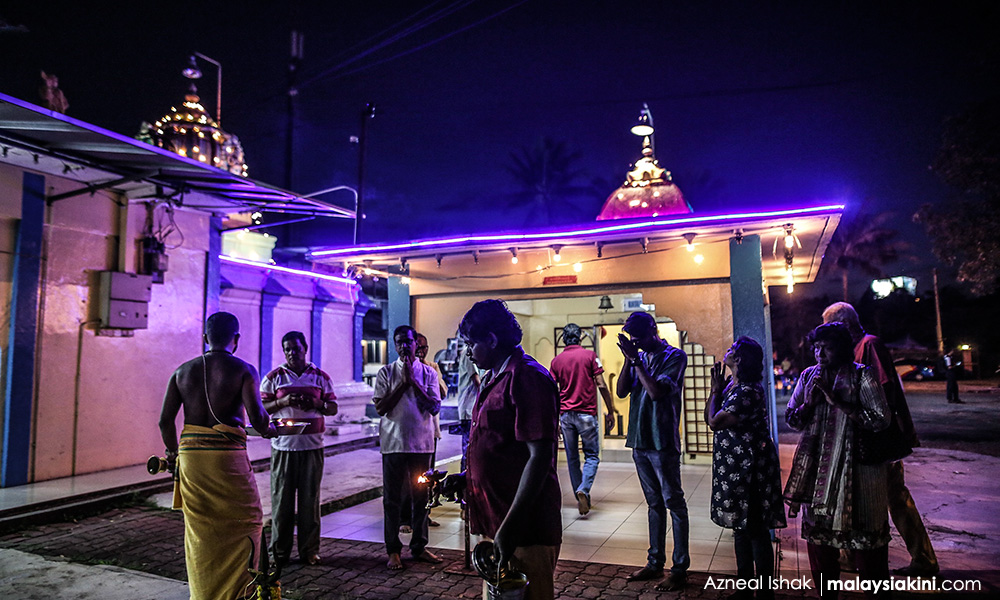 LETTER | The Seafield Sri Maha Mariamman temple issue has shown the need to have a proper and respectful policy to deal with the relocation of houses of worship and other religious issues in Malaysia, which is known for its diversity.

The fact that there are numerous Hindu temples is the result of history and religious needs as Indians, mostly Hinduss, were the majority of workers in the public works and the plantations sector, and temples were established close to their government quarters or estate homes.

With rapid economic development, the relocation or demolition of temples has become a controversial and divisive issue. The problems can be solved if there are effective guidelines for all involved to follow.

Development plans for estates can be done in a way that temples especially the very old ones that are regarded as heritage temples can be preserved, and the developer can build schools, halls, fields, parks , commercial or industrial units near the temple.

The developer may not be willing to locate condominiums, apartments, upscale houses near a temple as it could not be a good selling point, especially in a multi-religious community.

Many have advocated a’ Mid-valley temple’ solution as the best way to preserve important temples.

Developers, when buying plantations for residential, commercial or industrial development, take notice of the fact that there are workers quarters, temples and schools within the estate and would have discounted the price from the seller.

The Seafield temple controversy provides an opportunity for the new government to initiate a new perspective to address and rectify long-standing problems of the various religions in the country.

The government needs to empower a body like the Hindu Sangam as the official representative for Hindu religion and temples.

All Hindu temples must be registered with such a body, and it must be a party to any agreement concerning negotiations for relocation, compensation, demolition etc.

All houses of worship (non-Muslim) must be compulsorily registered with the Registrar of Societies under the Societies Act 1966 to ensure their legality and also to ensure that agreements are legally binding.

Membership, meetings, AGMs, EGMs, voting, audited accounts, amendments, change of administration are carried out according to the law to prevent disputes and problems.

If necessary a new act specifically to address the particular needs of the houses of worship should be formulated, taking into consideration the various issues and problems that have surfaced over the decades.

Houses of worship should be re-located in proper places and not under the TNB reserves, TOL land, near Indah Water oxidation ponds, too close to major roads, congested places, near large drains, etc., which are deemed dangerous, inconvenient and unsanitary.

The local authorities should act against the building of altars, shrines, statues or other religious paraphernalia in residential areas to prevent misunderstanding and ill-will among neighbours of different faiths.

The government needs to expedite the approval and plans for the renovation or building of houses of worship and not cause undue delay citing all kinds of excuses.

The lack of new cemeteries for non-Muslims is a major issue and the state and federal governments need to consider it seriously. In many cemeteries, reburials are becoming the norm due to lack of space. Private cemeteries are expensive and burial lots are limited.

The government needs to set up Council for the minority religions as the present Malaysian Consultative Council of Buddhism, Christianity, Hinduism, Sikhism and Taoism is powerless as it is a private initiative.

A government-initiated council will have more clout and be more meaningful as an entity to represent the minority faiths in matters concerning religious conversions and other disputes.

The council can provide valuable inputs and feedback to help the government in dealing with religious issues.

The formation of the council should be a matter between the government and the minority religions, and others should not interfere.