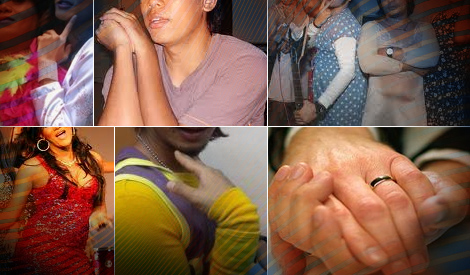 Must the transgender community fear for their lives?

LETTER | Must we fear for our lives? Crime and death increased dramatically, so says a newspaper headline.

Indeed it was a headline on Jan 1, 2019, when we as Malaysians came together celebrating the start of a new calendar year, full of anticipation what the year of 2019 might bring.

Except that the headlines in newspapers do not speak the truth. Rather than stating the obvious, the newspapers and official statements report on illegal money lenders/loan sharks, theft/robbery and loose cannon/bad-mouthing. Why? On Jan 1, 2019, the victim of a murder was a transgender woman.

This is not an individual case and we are tired of being told differently. These reportings and statements are maligning the facts that have caused the deaths and murders of transgenders in our country. Too often, officials have also given out their statements to the press, without intense investigations made shortly after the crime.

How do headlines and the content of newspapers cause deaths?

It is fact that the tone and voice of journalists, official bodies, politicians and institutions form and influence society. Speaking about the topic of transgenders in public also increases noises from non-expert opinion leaders who want to voice their disapproval and stigmatise the community further by stating that transgenderism is socio-economic, though the World Health Organisation defines it as health-related.

On Jan 1, 2019, a transgender was murdered and the headline of The Star Online was “Transgender dies after phone row”. The report stated that the motive of the murder was an argument over a stolen handphone. Really?

Society associates certain stigma with transgenders. These are:

a) That transgenders are believed to consume drugs. From 2010 to 2016, there have been 131,841 drug addicts registered in Malaysia and over 95 percent of the drug addicts were reported to be male;

b) Shoplifting and theft are assumed to be caused by transgenders. The transgender community is believed to be around 24,000 as of 2014, according to the Malaysian Ministry of Health. Compare this group to the national population of 31.62 million. The fact is that theft and robbery are increasing by over 50 percent in Kuala Lumpur alone, while the crime rate is generally decreasing. This clearly shows that it is a national issue and not only solely a socio-economic circumstance of a minority group; and

c) Transgender women are believed to be solely sex workers with sexual transmission diseases. From the data of the Ministry of Health Malaysia, it is clear that human immunodeficiency virus (HIV) is most often transmitted through sexual contact among bisexuals - 50.3 percent as of 2014. The same data proves that sex workers only account for approximately 0.6 percent of the total reported HIV cases.

One of the prevailing stigmas that surfaced and remains omnipresent after the murder on Jan 1, 2019, is theft. Malaysian officials and authorities blame robbery as the cause of the death of this transgender human being.

Though stigma and stereotypes are prevailing and given the current situation, our society decides to execute self-justice on transgender women. Because Malaysia fears the unknown, judges the difference and does not perceive transgender women as part of Malaysian society.

Let’s face reality: It was and has always been a crime of hatred against transgenders.

We demand the police to protect Malaysians, despite nationality, gender, religion and sexual orientation. NGOs have already taken the first step to provide shelter and facility services for 10 to 12 individuals

Governmental institutions should follow this example and support the transgender women community through services that protect transgender women from self-justice practising citizens, violence and discrimination. This should only be a start, for there are other areas in which the community should be supported: the employment market, educational system and healthcare.

As a very first step, we demand that the authorities be accountable for their reporting on the crimes relating to the transgender women community and to keep the quality of investigation at a standard of excellence.