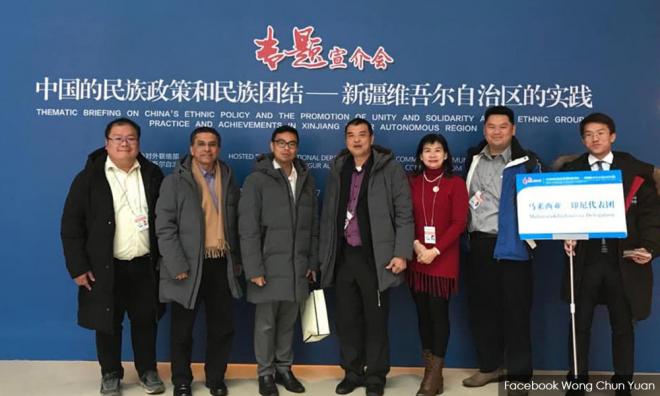 An eye-opening trip to Xinjiang

LETTER| I recently visited Urumqi, the capital of Xinjang, and it was my first trip there. When we arrived at Urumqi Diwopu International Airport after a 10-hour flight, with a stopover in Guang Zhou, the delegation from Malaysia was warmly welcomed by the organiser.

Xinjiang is the largest administrative division in China, containing one sixth of the area of the country. The Xinjiang Uyghur autonomous region is also famous for its diversity, where there are 56 ethnic groups living here, and more than half of the population are Muslims.

The infrastructure development in Xinjiang is extraordinary. I was informed that there are 21 airports in Xinjiang. The Urumqi airport is connected to the major towns by highways, and is convenient for tourists and business visitors.

Besides several new areas in Urumqi, the town is packed with tall buildings and business centres. In fact, it has achieved the status of a city.

On our first day in Urumqi, the delegation visited Rival Technology Factory and Central Asia Gold and Gem-Jade Industry Park. Rival Technology is one of the factories using green technology to produce biodegradable and eco-friendly products. The fully automated factory uses the latest technology from Germany. The products are exported mostly to Europe.

I can see the determination of China to shift from pollution-emitting heavy industry to green technology-based industry.

Xinjiang has an abundance of minerals and natural resources, containing one-fifth of China's coal and is also known for producing gold and jade. Central Asia Gold and Gem-Jade Industry Park is a one-stop centre for gold trading as well as a sales and display outlet.

I am aware that China has been the biggest gold-producing country in the world for the past decades, yet the data on gold consumption is surprising. While China produced 401 tonnes of gold in 2018, the country consumed 1,151 tonnes of gold in the same year, thus making it a net importer of the metal.

I was also given the opportunity to visit one of the community centres in Urumqi, named the “Xin Ju Community Centre”. I was keen to find out whether the centre has any policies implemented to improve the lifestyle of the people and to reduce the poverty rate.

From the briefing, I was told that there are three local industries within the community centres – a pastry shop, a flower shop and a clothes factory. In these places, local unemployed women are given a chance to work and improve their lives. The centre also provides pre-school education to children from the community.

The day before leaving Urumqi, we attended a briefing on China’s ethnic policy and the promotion of unity and solidarity among the different ethnic groups in the Xinjiang Uygur autonomous region.

The briefing was held in a hotel where some locals shared their experience regarding the progress and development in Xin Jiang over the past few years. Also present were Song Tao, the head of the international liaison department of the Communist Party of China, and Chen Quan Guo, the CPC party secretary of the Xinjiang Uyghur autonomous region.

Overall, the visit to Urumqi is an eye-opener. I remember those photographs being displayed during the briefing which showed the various tourist destinations around Xinjiang. But I thought tourists are not encouraged to visit Xinjiang due to safety reasons.

In 2018 alone, about 150 million tourists visited Xinjiang. The development in this autonomous region is encouraging and I look forward to visiting the place again.

The writer is Pahang PKR Youth chief. This article first appeared on his Facebook page.