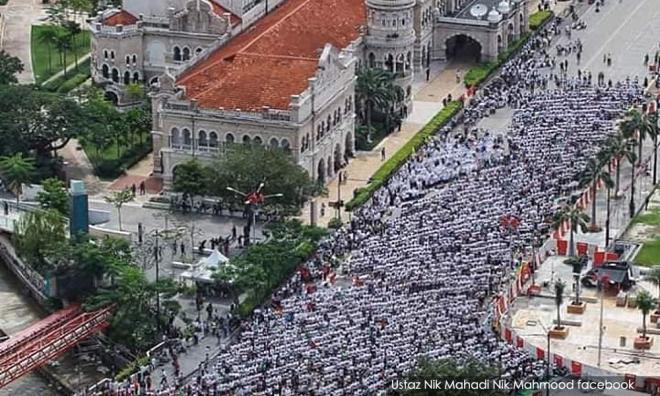 LETTER | In last week’s edition of The Edge, Rais Hussin had emphasised that “No matter what, issues of the ‘perut economy’ will dominate people’s lives”. The term "perut economy" is nothing new. It is about bread and butter issues or the “pasar malam economy” as one of Johor’s seasoned politician puts it. Shadi Hamid, a senior fellow at The Brookings Institution, suggested that the left-wing discourse on the economy should be contextual.

In order to win an election, they must be populist in approach by putting economic discourse not only in terms of policies and white papers but into the mass mobilisation of anger, shared meaning and solidarity. That, in his definition, is the “economics of meaning”.

It is important for politicians to put the right messaging and sell the best narrative when it comes to the economy. Something that is so essential and pertinent to one’s survival will definitely ignite a sudden sense of fear, insecurity and uneasiness about what may (or may not) become of the future. After all, fear is the most important instrument in obtaining and keeping power.

When you talk about the economy to the Malay-Muslim electorate, one thing that comes into mind is that they are always in a state of disenfranchisement and marginalisation by the “other”. As orang Melayu in Tanah Melayu, claiming themselves as tuan tanah without total or a near total grip of the supply chain economy can be utterly disturbing. The economy has been the root of racial mobilisation and awakening in the past. We are all aware of that. But will the same sentiment results in the same way, in an uncertain political dynamics of “Malaysia Baru”?

One way or another, yes. This is evident in the recent Semenyih by-election. The narrative of “Melayu - Islam Bersatu” and “Perpaduan Ummah”, sells. It encapsulates the innermost core identity of all Malay-Muslim voters, and if it were to be done right and continuously developed, it will captivate more of the electorate than the other catchphrases used during the 14th general election. But that deserves whole new writing of its own.

Economic policies can only work and be understood by the masses if they are aligned with something more rooted like identity politics and the sense of in-group belonging by the masses. You cannot sell economic solutions if you do not, first and foremost, tap on the matter above. BN is good at this. Identity politics is their playing field and sometimes they are prone to overdo it. Only then, people will understand that economic justice serves a greater purpose and feeds more than just their mouths and perut. It is a matter of communal and “in-group” continuity or longevity.

We will see a more solid Malay-Muslim mobilisation in future elections if there is an extensive merger between economic policies, matters of the “perut economy” or the “pasar malam economy” with identity politics.

Take, for example, the last US presidential election. A voter can both be enthusiastic of Donald Trump and Bernie Sanders despite the candidates supporting very different policies. In the local context, a Malay-Muslim might support Umno and its narrative because of his or her identity. But he or she might also subscribe to Pakatan Harapan’s economic policies (if they offered better in the future) because you get to bring rice to the table.

But imagine this. What if Umno and its associates (whoever they are in the future) could present a case to the Malay-Muslim electorate. That they will safeguard their culture, heritage, religion, and way of life. That they will also protect and safeguard their own people out of their own will and way. At the same time, they are also committed in increasing minimum wage, championing the living wage in certain viable sectors, increasing the livability of the Malay-Muslims in the urban, semi-urban or the kampung through distributive economic policies (like BR1M but better) and other incentives for small-time farmers and budding entrepreneurs.

You don’t need to decide between identity and economy anymore because by choosing one party, one cause and one narrative, you will satisfy both needs.

I would like to congratulate Mohamad Hasan for great leadership shown during the Semenyih by-election campaign. The narrative of “Perpaduan Ummah” and “Melayu - Islam Bersatu” works but more analysis is needed to see if it resonates to all voters in a wider spectrum beyond Semenyih. But most importantly, like any other narrative or a mental construct in this matter, it shall be reassessed and solidified from time to time.

Nothing is too good to be true and not all good things remain like that forever or can be applied everywhere.

The writer is an analyst with Bait Al Amanah.