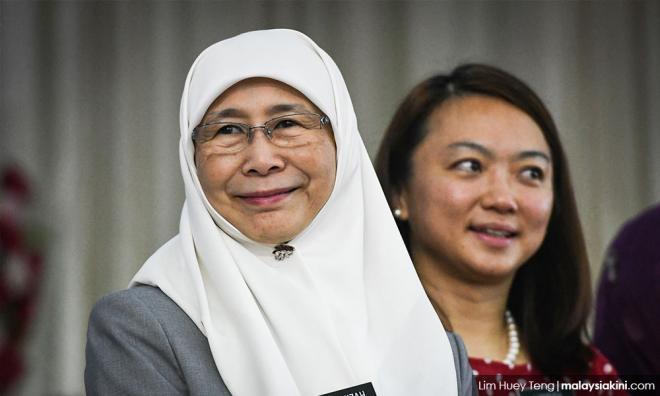 Persatuan Kesedaran Komuniti Selangor (Empower) would like to remind the Pakatan Harapan government of its own promise on page 181 in Buku Harapan, specifically under "Iltizam Khas Untuk Wanita 5, number 2":

“To ensure women are at least 30 percent of policy makers in every level of governance.”

Close to a year since May 9, despite implementing various initiatives on women’s empowerment through state-run institutions and appointing a female deputy prime minister for the first time in our nation’s history, Harapan has yet to prove its seriousness in placing women in decision-making positions in politics.

The statistics at the state and federal level and in cabinet are known to be dismal. The situation has not improved in by-elections since Harapan rose to power, such as in the recent Cameron Highlands and Semenyih polls, where we saw how women were the fastest to set up the bilik gerakan (operations room) for the elections but were never seen as prime candidates for the elections.

IWD is an occasion to amplify women’s often-marginalised voices. Hence we would like to draw the public’s attention to a lesser-known paper written by our Deputy Prime Minister Dr Wan Azizah Wan Ismail, entitled “Women in Politics: Reflections from Malaysia”, published way back in 2002 by International Institute for Democracy and Electoral Assistance (Idea).

In it, she stated that one of the reasons of under-representation of women in Parliament was due to the “masculine model” of political life.

Women were conflicted to move further in politics due to the dual burden placed on women by gender-role stereotypes, political parties employing a conservative attitude in empowering women to take political leadership, and a deterring environment for women in politics, as evidenced by the various harassments faced by women politicians in the political environment, from Parliament to party branches.

Seventeen years later, this still sums up the challenge of increasing the number of women in decision-making positions in the public sector, the resolution of which will require a multi-prong approach from the various stakeholders in power.

For starters, we urge political parties to look beyond relegating women in politics to the role of party machinery more than anything else and to understand that women candidatures are not just a novelty.

We trust that the new Election Commission - led by noteworthy former leaders of civil society, including Bersih - will explore and adopt best practices from around the world to increase women’s political leadership, a notable example being New Zealand’s mixed-member proportional electoral system.

We also call on the government to implement concrete measures to ensure women are well represented in governance.

More female heads of department, more female judges and female mufti, because women leadership needs to be mainstreamed and normalised, precisely to counter underestimation of women’s capabilities as leaders.

Most importantly, we invite men in politics to realise their power, privilege and domination in decision-making levels.

Men in politics can change the “masculine model” of politics, as described by Wan Azizah, by facilitating spaces for women to scale up the political ladder.

This can be done by ensuring spaces in politics to be harassment-free, sharing power and growth opportunities with women in their organisations, and most importantly, showing camaraderie with and support for their women colleagues.

It is time men look beyond political interests and help break glass ceiling faced by women in politics.

Men should do so because there is increasing public demand for women representation as a critical factor for the development of Malaysia as an inclusive, responsive and transparent democracy.

Women are half of the Malaysian population, and women should hold at least half of the decision-making positions. This needs to be done right now for the betterment of democracy and truly a Malaysia Baru.