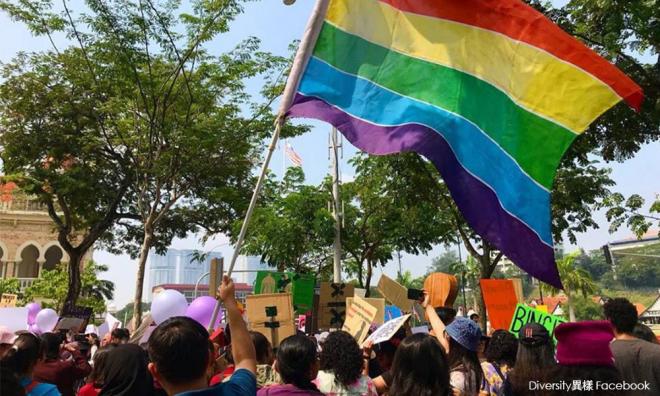 End violence based on gender and sexual orientation

LETTER | Gabungan Bertindak Malaysia (GBM) condemns misinformation from certain quarters that maligned and mischaracterized the Women’s Day march on March 9 as advancing the LGBT agenda and turning what was supposed to be calls for the recognition of women’s rights into a rally that pushed for the formal recognition of same-sex relationships.

GBM maintains that the focus of the march should have been the five demands made by the organisers, which were:

1. Ending violence based on gender and sexual orientation;2. Banning child marriages; 3. Ensuring women's rights and freedom to make choices over their own bodies and lives; 4. Ensuring a dignified minimum wage of RM1,800; and 5. Destroying patriarchy and building a genuine democracy at all levels of society.

The five demands encompass a wide range of issues and the only demand that may be considered as LGBT-related is the call to address the violence against the community. There was no calling for any recognition of LGBT rights or the advance of their agenda. If there is, it is for their right to live a peaceable life free from violence and abuse.

It is not an exaggeration to say people with sexual orientation and gender identification that differ from what is considered as the norm are having their right to life and to live with peaceful existence threatened.

Violence towards the LGBT community are more than just isolated incidents. Examples of violence against LGBT persons in recent years are as follows:

· In December 2018, a viral video showed two men beaten up by several unknown assailants for allegedly having sex in a car.

· Also in December 2018, the Klang Selatan police discovered a transwoman from Sabah unconscious in front of a hotel in Bukit Tinggi. She was rushed to hospital but died the day. The post-mortem report revealed she suffered a fractured skull and bleeding in the brain.

· In August 2018, a transwoman in Negeri Sembilan was hospitalised for five days after suffering an assault at the hand of a group of assailants, of which eight were caught and three still on the run.

· In June 2017, schoolboy T Nhaveen, died after he was assaulted and raped by bullies in their effort in “reforming” him into a “macho man”.

· In February 2017, Sameera Krishnan, a transwoman who was due to testify in her kidnapping case which happened two years prior, was brutally murdered and mutilated.

This is likely only the tip of the iceberg as not all cases made it into media coverage. Justice for Sisters, a Malaysian transgender rights group, has documented 12 cases of physical attacks, humiliation and torture against trans people between 2017 and 2018.

While some of us may not agree with how the LGBT community live their lives and may not empathise with their way of life, such disagreements and absence of empathy must not be used to fuel violence and murder of LGBT persons.

Irrespective of the controversial issues surrounding the LGBT community, they should not be deprived of their constitutional right to freedom of speech and the opportunity to live decent lives as human beings.

GBM would like to reiterate that the March 9 rally was a call to end violence against women and the LGBT community.

The rally did not call for any so-called legitimisation of LGBT lifestyles. The deliberate mischaracterisation and the ongoing hate campaign is, regretfully, legitimising violence against LGBT people.

Do we want to see people harmed, tortured or killed just because they live a life that we do not approve of?

Since Malaysia prides herself as a mature democracy with a multicultural society, we as Malaysians must desist and condemn any behaviour or conduct that threatens the life and safety of all, in particular, those whom we do not agree with on their lifestyles.

GBM, therefore, calls upon all groups to end all forms of violence against those with different gender and sexual orientation to ensure Malaysia will continually be a peaceful and harmonious society.

This statement is endorsed by the following member organisations of GBM: