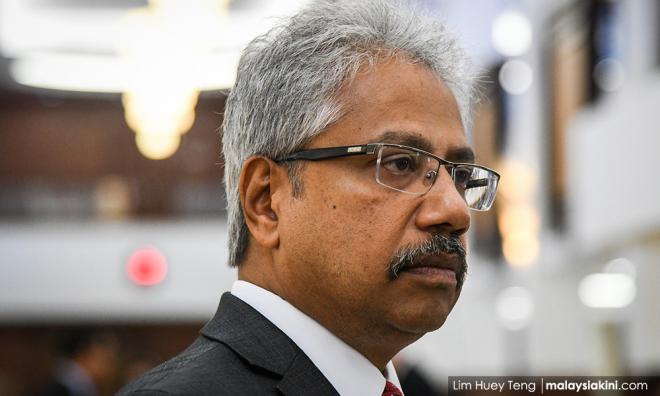 Why has the gov't decided against national harmony bills?

LETTER | On April 1, The Star Online reported that Minister in the Prime Minister ‘s Department in charge of national unity and wellbeing P Waythamoorthy as saying that the government will not table the two national harmony bills as planned but is instead considering setting up a national harmony and reconciliation commission.

Gabungan Bertindak Malaysia (GBM) as a coalition of civil society organisations is somewhat puzzled by this announcement of the government.

Just a few months back, the government had released the National Unity Consultative Council (NUCC) Blueprint on national harmony and then sought feedback from the public through various town hall meetings and discussion.

A report was to have been made based on the findings and feedback from the public arising from the town hall meetings.

Unfortunately, there were no news or information available regarding the report on the NUCC blueprint. And now with this announcement, it leaves civil society in the dark as to the government’s plan to promote national unity and social wellbeing.

We also note that there is a lack of information on what the harmony bill is about and which the government has decided not to table.

Nothing is said as to the provisions of the bill and in what way in terms of content and substance why it is not needed.

Again it appears unclear to us how the government intends to protect and promote national harmony now that they decided not to table the Harmony Bill.

GBM would therefore call on the government to have greater discussion and mutual consultation on the thrust towards national harmony and social wellbeing.

What is critically important at this juncture aside from bills and intended legislations is a roadmap and momentum in the pursuit of social cohesion, national unity and social wellbeing.

We are aware and take cognizance the government is doing its utmost to spearhead the momentum for greater unity and harmony, which civil society would very much wish to be a part of.

More discussion and mutual consultation would certainly help and in this respect, GBM would be calling on Waythamoorthy soon for a discussion.

This letter is issued by GBM on behalf of the following endorsing member organisations:

nationalharmony
unity
waythamoorthy
bills
law
Related Reports
Gov't to table National Harmony Bill this year
a year ago
Revive plans to table national harmony law, says MP
a year ago
Yoursay: Harapan should not be distracted by Umno-PAS tie-up
a year ago
It's time to act against hate speech and hate crimes
2 years ago