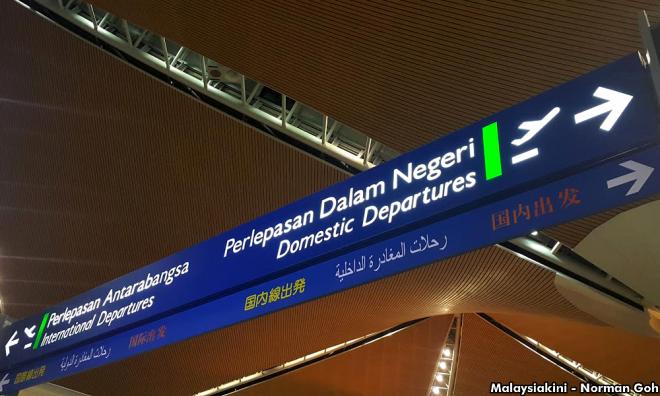 LETTER | There are two ways to look at the new departure levy. One is to see it as a burden for our own personal overseas trip, which is the cause of complaints about the levy. The other way is to see it as a strategic policy.

The purpose of the new departure levy is to promote domestic tourism, that is to boost the local economy by keeping the circulation of capital within the country instead of flowing out to other countries.

The fact is that capital is limited - do we want it to stay within the country or flow out?

Those who want to have overseas trip can still do so while at the same time contribute back to the country via the new levy.

Each country has its own type of levy for its own reason. For example, Hong Kong airport charges HK$120 Air Passenger Departure Tax, HK$45 security fees, and HK$70 to HK$180 Airport Construction Fee. That is about RM123 to RM181.

In Malaysia, even when we include the new departure levy and PSC of RM6 for international departure, it will be RM119, which is lower than Hong Kong's lowest charges by 3.3 percent or highest charges by 52 percent.

Will the new departure levy affect tourist arrivals to Malaysia? The focus of a country should be on giving good reasons and attraction to the international community to come to our country. If we don't have those, then no one would want to come even if there is no airport tax.

Again, let's study Hong Kong. Even though the Airport Construction Fee began in August 2016, the tourist arrivals didn't decrease but increased by 3.2 percent to 58.5 million in 2017.

The focus of a country is to make itself attractive (be it for tourism or businesses) to the international community. When we are attractive, people will come. When we are lousy, people won't come even if free.

So, the new levy is strategic in reviving domestic economy while remain less burdensome than charges at other places.