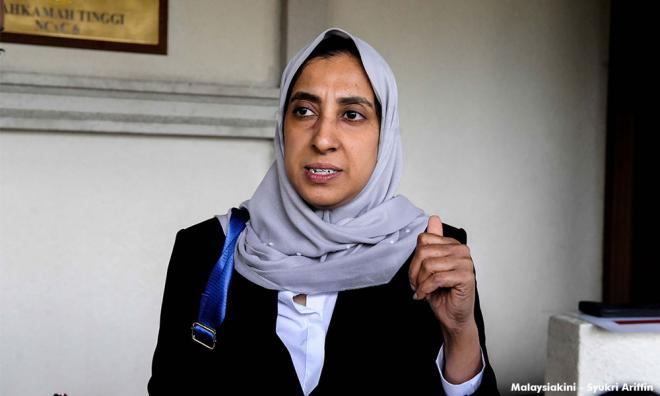 Welcoming the appointment of Latheefa Koya as MACC chief

LETTER | The pre-Hari Raya appointment of Latheefa Koya as chief commissioner of MACC has generated many reactions, including some extremely negative ones. While we should attempt to understand where these reactions are coming from, one should also ponder how this appointment was made.

A high-level political party functionary is taking on a pivotal post in a year-old administration. The switch does seem drastic, and questions can legitimately be raised as to whether there should have been enough of a “cooling off” period between the two appointments.

Notwithstanding this question, there may be other grounds to query the appointment, but it would seem to me none of these grounds relates to the probity, character or qualifications of the person.

Latheefa has a reputation of being fearless, feisty and faithful to her chosen course of action. Why should any law-abiding, tax-paying individual of integrity be alarmed by this appointment? If someone has not accumulated assets way beyond their known and taxed sources of income, why should this appointment worry the person?

On my part, as a retired civil servant I would wholeheartedly welcome this appointment and wish the appointee every success in this difficult assignment.

This government is in a somewhat of a rush to deliver, and in the case of this appointment, they could not afford the luxury of a “cooling off” period.

She is assuming this post a full year after the Pakatan Harapan government assumed power. There is a great deal of dissatisfaction with this government on many issues, including over the slow progress in getting accused high officials from the previous administration convicted.

Latheefa is thus not joining a popular government; she has to do time in the trenches and receive a lot of flak before she can breathe easily.

She will face the difficulty of managing and heading an organisation which did not have a solid reputation for being fearless in pursuing leads on corruption, as there have undoubtedly been numerous egregious instances of corruption, especially in the pre-GE14 period.

She also comes into MACC as an outsider, albeit a professional, but one who has to have the support of the bureaucrats and investigators in the system. She has the challenge of instilling in the commission’s hierarchy the need to be professional, apolitical, impartial, and sincere in the effort to eliminate corruption.

The MACC faces a huge docket of tasks in order to restore a semblance of respectability, incorruptibility and transparency to the system of governance.

Government operations, especially at the level of ministerial decision-making and enforcement mechanisms, already constitute a large area of responsibility.

However, today, there is an urgent need to look at accountability in the humongous private sector. This includes the financial institutions, building and construction industry, the hospitality sector, transport sector, medical and pharmaceutical industries, education provision, insurance, services, utility services, et cetera.

Anti-corruption measures have tended traditionally to focus on government operations rather unfairly. Corruption has been there in the non-government sector, but that has largely been left to self-regulation by corporate entities.

Given the enormous responsibilities she takes on, we must salute Latheefa’s courage in accepting this position. I trust she is neither unprepared nor unequal to the tasks that await her.

M SANTHANANABAN is a retired ambassador of the Malaysian Foreign Service with 45 years of public sector experience.

Kit Siang cautions MACC against becoming 'victim of complacency'
5 Jun 2019
Sometimes we get surprises, says Dr M of new MACC chief
5 Jun 2019
PM: Latheefa was my choice, I did not discuss with cabinet
5 Jun 2019
Azmin: Latheefa's appointment based on merit, not political ideologies
5 Jun 2019