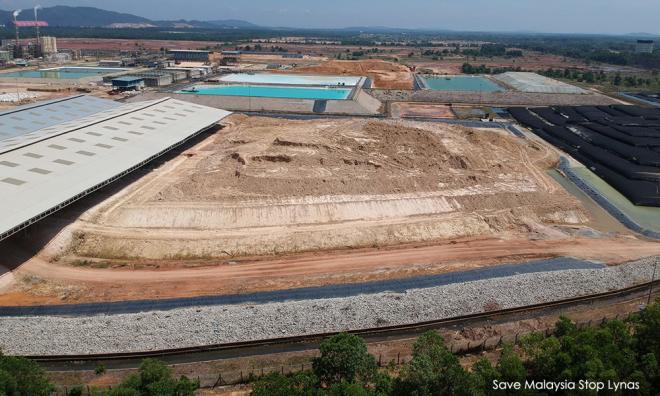 LETTER | The Pakatan Harapan government’s 2018 Executive Review Committee found Lynas Malaysia’s operations are low-risk, compliant with relevant regulations and that residue storage facilities are operated in a proper manner. These findings are consistent with several independent and scientific reviews, including by the International Atomic Energy Agency (IAEA).

In keeping with Lynas Malaysia’s commitment to being safe for its people, safe for its communities and safe for the environment, the Review Committee also found that Lynas Malaysia has voluntarily “taken additional initiatives to comply with other international standards and practices”.

The anti-Lynas activists continue to mislead the Malaysian people to create fear around Lynas’ residues and their storage. Specifically, they say that the location of Lynas Malaysia is in a flood-prone area. This is incorrect.

In Malaysia, Lynas’ Neutralisation Underflow (NUF) residue, magnesium-rich synthetic gypsum, is classified as a Scheduled Waste. However, studies by Sirim and Golder Associates state NUF residue is a non-hazardous, non-toxic material and does not show significant health impact on people or risk to the environment. In Australia, synthetic gypsum is not a scheduled waste.

Lynas Malaysia has conducted research and development for commercialisation of its residues and NUF residue has been shown to be able to replace kieserite for use in agriculture. Pending commercialisation approvals, Lynas Malaysia’s NUF residue is stored in a specially designed and constructed NUF dry storage facility approved by the DOE under Regulation 9, Environmental Quality (Scheduled Wastes) Regulations 2005.

Under the IAEA classification scheme for radioactive waste (2009), Lynas Malaysia’s other residue, WLP, is classified as "Very Low Level Waste". According to the IAEA (2009), Very Low Level Waste “does not need a high level of containment and isolation” and it can be stored in “landfill type facilities”.