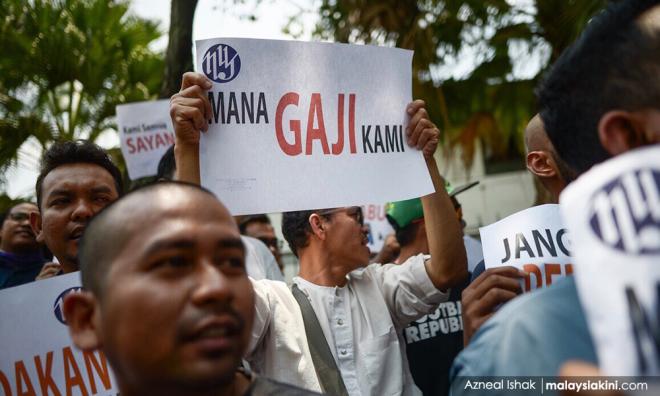 Utusan must be people's voice, not Umno's voice

LETTER | We welcome the news of continued operations for Malay-daily Utusan Malaysia and its sister publication Kosmo! albeit with an increased cover price.

In solidarity with our friends at Utusan, Geramm humbly thanks all parties that have come forward with their assistance.

Taking into account the long history and Utusan's contributions as one of the country's oldest Malay daily papers, Geramm believes that there are still many who will be willing to offer their support.

At the same time, in overcoming their current situation, Geramm also believes that a process to return Utusan as "the people's voice instead of Umno's voice" (as stated by Aziz in his press conference) could be the key to similarly return support from readers old and new.

There is no secret that Umno played a role in building up Utusan's reputation and similarly destroying its credibility in the eyes of readers.

Geramm reiterates our appreciation for assistance offered to our friends in need but at the same time, maintains the stand that political intervention in the media must end.

Not only in Malaysia, but the same trend can be seen in neighbouring countries with a more mature and free media landscape, whereby media directly or indirectly owned by political parties are viewed as less trusted in comparison to an independent press.

In a situation where Umno has reportedly sold its stake in Utusan Melayu Bhd, perhaps the time has come for the paper to revisit its history of being known as the premier voice for the Malays in particular and Malaysians as a whole.

The spirit of solidarity for Utusan as expressed during a workers' picket organised by the NUJ Utusan branch and NUJ Malaysia should be continued towards a more independent Malaysian media landscape.

GERAKAN MEDIA MERDEKA (Geramm) is a loose coalition of journalists, media representatives, and activists who are fighting for the freedom of the press and its practitioners.