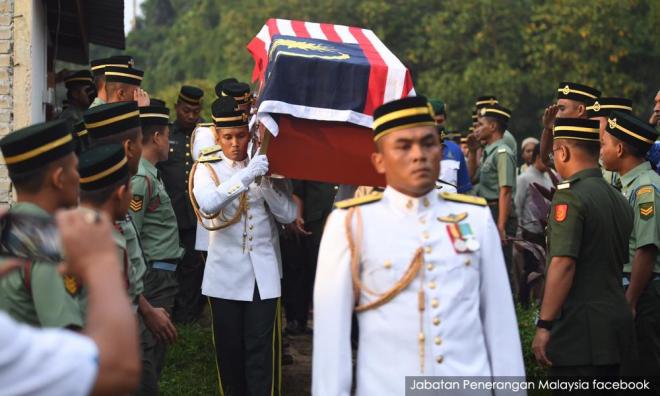 Why are we made to accept commando's death?

LETTER | I recently read some quietly disturbing news that a renowned Malaysian actor and contributor of the arts lost his son to what can only be described as highly difficult to accept circumstances.

Thus far, there has only been condolences being offered with some factual news pieces and even live footage (which I would understand should be blurred in respect of the family).

Nothing significant on the next course of action, no outpouring of anger, and no show of concern as to how it happened and next to nothing on why something like this can even happen, simply messages of sadness and condolences – which are necessary but have no technical impact. It has all been collectively bleak.

Is this not something that should warrant questioning? What goes on in an army base camp that someone can be shot with a live gun in a mere demonstration? Are there no standard operating procedures?

Will there not be a proper investigation into the events leading up to the incident? Are we just going to have to accept the incident as a chance encounter?

A Western foreigner’s child’s death seems to have attracted more active attention than this – yes, it was a tragic incident under suspect conditions – yes, the story was emotional and evoked sympathetic emotions – but it was all over the news, front pages, think pieces on the events that unfolded with the police conducting untiring investigations.

Now, when a Malaysian commando has passed, there has only been talks to establish a board of investigation, that too by the Armed Forces themselves. The moral force seems to be greatly unbalanced if one were to study the coverage of news and tangible actions in these two incidents. Lady Justice would weep.

This deeply affecting incident of an army major’s death does not sit well with me, perhaps because my own father was an Air Force veteran, who served his 21 years and passed away shortly after (maybe a stroke of faith).

As citizens of Malaysia, we should all be affected by this case (and I do believe we are) but it should not be normalised, as seems to be the case.

Editor's Note: The police are investigating the fatal shooting of the commando.