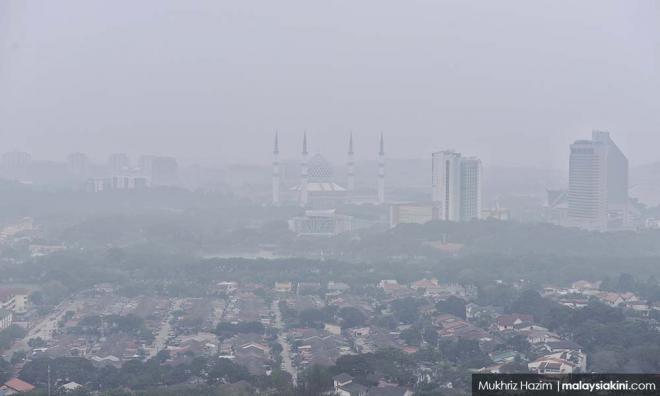 The never-ending haze in Malaysia

LETTER | Another year, another haze situation for Malaysia.

Again the problem arises from a neighbouring nation burning land for farming practices and the smoke being blown in the direction of Malaysia.

It has been years the issue of haze affecting Malaysia being discussed with the neighbour. but nothing is ever done on the other side. What can be done to stop these open burning across the border?

Stopping poor farmers from utilising their only resource of planting is totally unjustifiable; other solutions must be made available.

Like in some parts of the United States, the government actually pay farmers not to plant maize when there is a glut; such a solution is only possible if the country is rich but this solution could be considered on a limited basis aimed at certain areas only.

The bad aspect of this is that it could encourage others to also stop working on their lands and demand to be compensated too.

Another way is to organise farmers in targeted areas under group farming supervised by the government.

A fixed rate of return for whatever is produced can be determined so that the farmers will be assured of fair prices for their tolls with the condition that they must not do open burning.

Under the group basis, the government could also make use of mechanisation to clear the land for these farmers to utilise their lands without burning the undergrowth.

Penalising the farmers is not a solution as they have no means to pay any fines and sending them to prisons is akin to deriving their families of the breadwinners which could be devastating to them.

Improving the livelihoods of farmers is the solution for long term benefits; where possible organising farmers into groups in different areas where burning usually occurs will reduce chances of such activities happening.

To organise these farmers, the authorities will also need to identify the types of crops to be grown that can provide livelihoods to these farmers well being.

There is definitely a need for government intervention on a win-win solution to solve these open burning issues and where possible, the authorities may consider working with the big planters in the surrounding areas to have joint ventures to further enhance the success of these groupings.

PHILIP WONG is the director of the Sarawak Institute for Public Affairs.