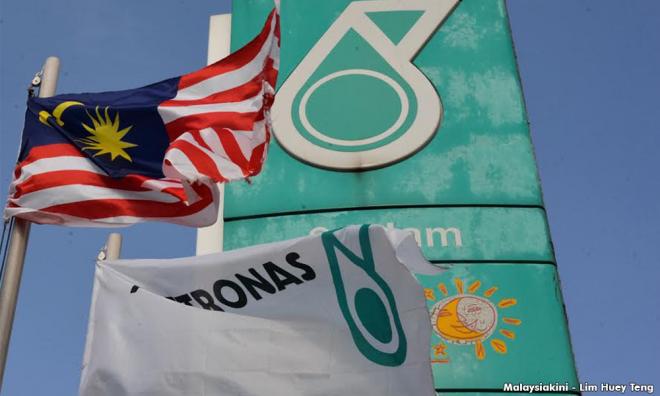 Our squandered oil fund could have been our pension fund

LETTER | The Malaysian government is pointing to our near-empty national coffers as a justification for not paying pensions to our civil servants. Considering that our petroleum industry started in the 1970s, let's compare our financial state to that of the Government Pension Fund of Norway, also known as its Oil Fund, which was only established in 1990 to invest the surplus revenues of the Norwegian petroleum sector.

The Norwegian Government Pension Fund Global is invested in international financial markets, so the risk is independent of the Norwegian economy. Today, their pension fund has over US$1 trillion (RM4.2 trillion) in assets, including 1.5 per cent of global stocks and shares, making it the world’s largest sovereign wealth fund. In 2018, it was worth about US$195,000 (RM811,932) per Norwegian citizen.

So, who should bear responsibility for squandering all our oil and gas revenue since the 70s? And pensions are not the only casualty of our parlous financial state – in our oil-producing state of Sarawak, there are insufficient funds to repair the thousand or so dilapidated schools!

The truth is, since the 70s, the profligate spending of the New Economic Policy has been largely funded by the exploitation of offshore oil which, by 1985, contributed 26 per cent of all government revenues. This has continued right up to the 2019 budget.

Tengku Razaleigh Hamzah, who was the founding chairperson and chief executive of Petronas, has said that Putrajaya had been using the oil and gas firm as a cash cow, especially in bailing government-linked outfits out of financial trouble (Malaysian Insider). He said that since its inception in 1974 and until 2011, Petronas had paid the government RM529 billion in dividends, taxes, petroleum proceeds and export duties. He said the reliance of Petronas to help government-linked outfits out of financial trouble had been going on since 1985.

A finance minister from 1976 to 1984, Tengku Razaleigh said Petronas had rescued Bank Bumiputra with an RM2.5 billion bailout in 1985 and again in 1991 when it coughed up another RM1 billion. He said Petronas also had to rescue the financially ailing Konsortium Perkapalan Bhd for RM2 billion in 1997. He added that Petronas was made to underwrite the construction of the Twin Towers, located in the heart of Kuala Lumpur, for RM6 billion and the building of the extravagant Putrajaya, the administrative capital of the federal government, for RM22 billion.

"This amount could have been used more productively to fund a national pension programme for Malaysians, as has been done by a certain Scandinavian country," he said.

Tengku Razaleigh said the exorbitant amount of the bailout and construction of these projects that were forced on Petronas had deprived the company of the much-needed cash build-up for reinvestment, which would ensure its business sustainability. According to him, since 1997 the subsidies to the national power supplier, the independent power producers and some other non-power outfits amounted to RM136.5 billion. And while these power producers continued to enjoy subsidised fuel price, petroleum subsidy to the consumers – which purportedly cost the government RM14 billion in 2011 – was partly discontinued.

When the English are in a fix, they settle for a cup of tea; in Malaysia, we call for a Royal Commission of Inquiry (RCI). This Petronas-linked pension issue does look like an RCI moment!

pension fund
tengku razaleigh hamzah
petronas
Related Reports
Revoke pension scheme in favour of a welfare state
a year ago
Pension scheme: Is Harapan gov't losing the plot?
a year ago
Proposal to stop pension scheme still under study - DPM
a year ago
Getting rid of kleptocracy alone will not save our economy
a year ago