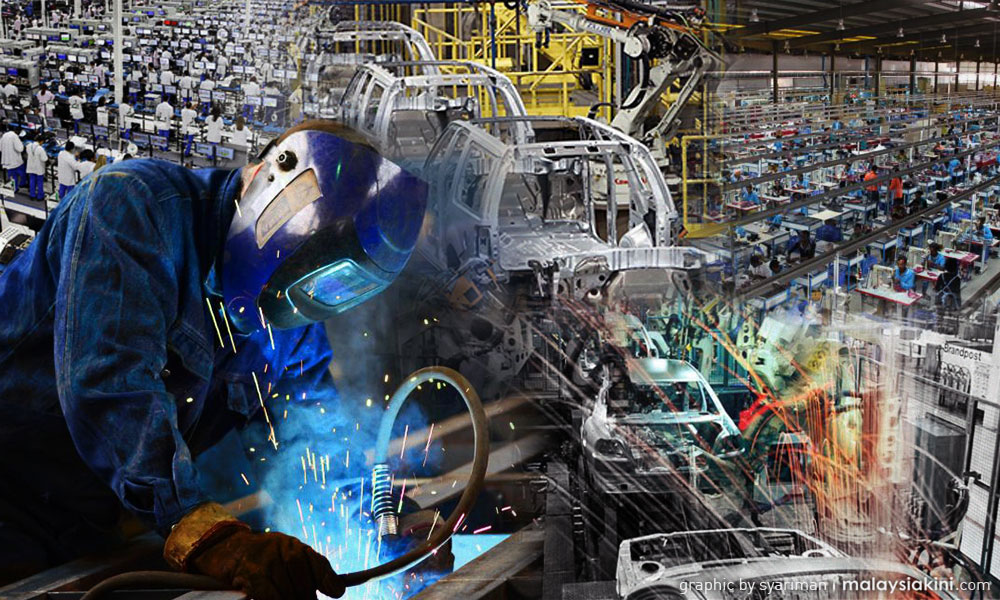 IRA reforms – MTUC, the minister and the working class

LETTER | In the last week or so, we have been hearing exchanges from the human resources minister and the MTUC on the recently passed Industrial Relations Act amendments in Parliament. In an unprecedented scenario, both workers' unions and bosses' unions seemed to agree against these reforms. We in the PSM who have been at the forefront of workers' struggle, do understand the concerns raised by the unions as well as the arguments by the minister M Kulasegaran. We are of the opinion that these reforms are not totally bad and there are many things which are good in the amendments put forward.

Let me put some matters in context. Today, the trade union movement comprises less than seven percent of the total labour force and even this, a smaller percentage of unions do participate in collective agreements (CA). This is the actual state of affairs in the unions. So the unions of today are a far cry from the unions in the early years.

The unions have over the years been strangled by the government where many laws passed before this have put unions in a very difficult position. The influx of migrant labour both documented and undocumented also undermines the unions' ability to negotiate and demand. Besides that, other major structural changes such as flexi-work, contract work and now the gig economy, have made it almost impossible to organise unions.

With their hands, legs and mouths tied, unions are asked to perform. Union- busting has ensured that strong unions and unionists get "killed" and their unions smashed. Based on this background, we can understand the concerns of the unions. Having said that, there are also many hopeless unions – yellow unions and those career unionists who run their unions like their family businesses- not allowing the union leadership to change, no internal reforms or not being democratic internally. PSM has handled problems from many workers who besides having problems with the employers, are unhappy with their union's leadership.

The big question is will the current amendments to the Industrial Relations Act (IRA) bring progress or regress the workers' movement or their interests? Whose interest would the government of day kowtow to? The minister has said that the ministry had assured all parties that the amendments were part of a holistic review of the act moving towards conformity to international labour standards. ILO standards are good but we are sure not all of these standards have been put into our laws. It will be good if we can actually see some of this historical movement on these amendments.

Lots of arguments have gone into the question of whether or not the MTUC was consulted. Our experience dealing with the present government and the previous one appears the same. There is definitely consultation but it does not transform to consent.

Let’s move to the actual amendments itself where PSM seems to take a position that there are definitely some very good amendments which one cannot dismiss or where credit needs to be given.

For a start, the minister has removed his powers in almost all areas of law and now the powers are left in the hands of director-general. This was one of the major demands during BN times when we used to argue that the minister has too much power. With the current amendments, the minister’s power to refer representations on dismissal cases to the Industrial Court is now transferred to the director-general. This is already now in practice and in cuts out the red tape. Now cases will be referred to the Industrial Court without the minister meddling in the issue once the conciliation process fails.

Another amendment which we as activists see as very helpful is to allow employees to be represented by the person of their choice except for lawyers. Of course, lawyers are not going to be happy with this. Currently, bosses normally have their bosses or consultants representing them whereas workers with unions will be represented by the unions. But 93 percent of workers are not unionised and though today the MTUC helps such workers, yet the process is not straightforward - it depends who the leadership of the MTUC is and if they will allow a letter for another to represent the workers.

With these amendments, civil society, NGO and worker-friendly NGOs can represent workers. This would definitely help many workers especially the majority who are not in the trade unions. Another improvement is that employees with mental disabilities can be represented by their next-of-kin at conciliation proceedings.

Another worthwhile victory is the maximum cap of claiming backdated wages confined to 24 months has been removed on cases involving dismissal due to union-busting. This means the Industrial Court can make an award without being confined to the restrictions in the Second Schedule of the IRA. This also means employers will think twice before going on a union-busting agenda.

The current amendment has also decriminalised strike action where previously a worker can be jailed for organising or participating in a strike but now this has been changed to only a fine. This is important because it goes to show going on strike will not end up with you in jail. This may help unions be braver to organise strikes though there are other laws to curb this fundamental right of workers - the withdrawal of labour.

Another IRA amendment is to allow dismissed employees from any statutory authority to file a claim for unfair dismissal at the Industrial Relations  Department. This would allow more people to be covered under the IRA.

Another good amendment is that a new paragraph 32(1) (e) where any award made by the Industrial Court is binding on the next-of-kin of the deceased workman. Currently, once the worker dies, all his claims end there.

Another big technical defect addressed in this amendment is on workers cases not referred due to a technicality on the question on the date of dismissal. Now with the new amendments in section 29 of the act, it empowers the Industrial Court to hear and determine the matter before it notwithstanding the date of dismissal as stated in the director-general’s reference.

Another new section - 33c - enables the amendments to pave the way for any person not satisfied with the Industrial Court award to appeal to the High Court within 14 days of the decision. This was previously not there.

I think one of the biggest issues in this amendment is allowing more than one union to exist in a workplace and giving the union with the biggest support the mandate to do the collective bargaining. I think existing unions see this as a threat because an alternate union sponsored by the bosses can be formed to undermine the current union. This may be a new front in union-busting.

PSM has mixed views on this amendment. We have known that how the government previously set up MLO (Malaysian Labour Organisation) to undermine the MTUC. On the other hand, on our own experience, shows that genuine workers are unable to take control of their existing unions because the current union leadership may have set up very undemocratic internal practices to ensure that they continue to hold on to power in the union.

With this amendment, it will allow such genuine workers who are leaders to form alternative unions to represent their workers. Then next, if the union is popular and can obtain the trust of the workers, they can finally be authorised to go into a collective agreement.

Now, even today, without the amendment, the current membership of trade unions is still less than seven percent and there are many ways where a union can be busted. Therefore, even though this amendment may have its shortcomings, yet it may also be used to check-and-balance current unions as now no union will have a monopoly to represent workers. This will allow more unions to be formed.

Some of the amendments in the IRA do actually address some of the earlier issues raised over the years. The current amendments also bring down bureaucracy and give more benefits to workers. It also allows the courts to play a more important role than the executive.

It will also allow for more unions to be formed and has addressed some issues of union-busting. Yet as the Penang MTUC division has said, it is good we also see the full package especially the other amendments to the Trade Union Act and Employment Act.

The IRA amendments are also more inclusive and friendlier. They also try to use fines and higher penalties to address noncompliance issues.

Currently, with the contract system and gig economy, it is going to be even harder to form unions. Perhaps this amendment will allow many unions to be formed and collectively decide on their future. It is something worth trying since currently most trade unions are not expanding and are mainly winding-up.

We believe it is our role to continue to empower workers and work with the MTUC and other unions to bring progress to the workers' movement and their wellbeing. Laws can be changed and amended. What is needed is a strong workers' movement to safeguard their interests as well as build a genuine trade union movement to bring back the glory days and their bargaining power.

The struggle goes on.

The writer is PSM deputy chairperson.