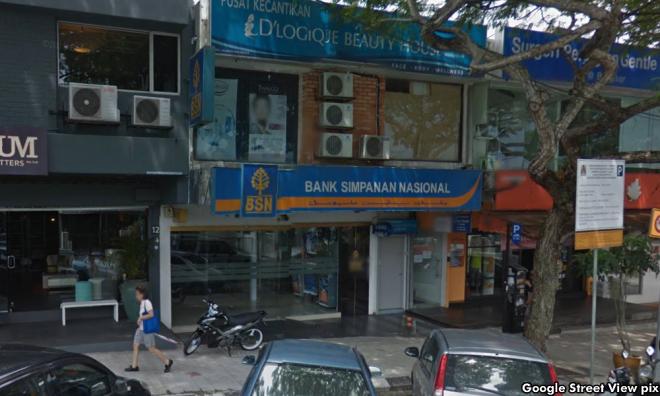 The poor should not be punished for being poor

Thus it is not surprising that, as reported by the Minister of Domestic Trade and Consumer Affairs, 45,000 of the 2.9 million recipients of the Bantuan Sara Hidup (BSH) who are eligible for the fuel subsidy under the Petrol Subsidy Programme, do not have bank accounts. And the fact that the minister proposed to request that the banks allow for accounts with zero balances indicates a more serious issue – they have no savings. While not having a bank account is an issue that could easily be resolved, the issue of lack or no savings has a far more serious implication on the well-being of poor consumers.

While the government certainly must implement measures to help this group, it must also ensure that the current practices and programmes in the economy do not cause the poor great harm.

It is most certain that the majority of these households who have limited or no savings cannot afford a computer or afford to pay for Internet services. Thus “forcing” them to do online banking or else pay extra fees for non-online services such as using the ATM or counter services certainly seems like punishing the poor for being poor. It is fortunate that with uproar from the consumer groups, this severe and punitive measure by the banks was removed. The poor should not be punished for being poor.

The central bank in its policy of inclusive banking has strongly promoted and encouraged all Malaysians to participate in the financial services sector – not only the rich but also the poor and vulnerable. Banks are always seeking to maximise profits. Under the pretext of promoting “online banking”, some banks decided to charge the vulnerable poor without computer/Internet services, extra fees for ATM and counter services. Another source of revenue - about one million new customers. The regulator should have been firm in protecting the poor and vulnerable; unfortunately in its own obsession to promote online banking, at least in the first instance, it did not. It was only when the rakyat cried out at this unfairness, that the banks were told to stop this unjust practice.

Further many BSH recipients, as well as pensioners, use Bank Simpanan Malaysia (BSN) to receive their BSH allowances or their pensions. As a so-called “government” bank it should have the welfare of the rakyat, especially the poor, as its highest priority. Thus, it is really unfortunate that in their aim “to promote online banking”, BSN has terminated the issuance of passbooks, advising consumers to use online services rather than transacting at the counter. This has caused tremendous suffering for the poor as well as pensioners. Often the poor may lack the hardware or Internet services necessary to conduct online banking as well as many themselves may not be very digitally savvy. They are thus forced to rely on other parties, their children or friends to help them transact at the ATM machine or online.

The privacy and secrecy of their accounts are severely compromised as these third parties may be dishonest and withdraw for themselves or, as some of them have complained, their children would then know how much money is in the account and nag them for extra funds that the poor old folk may have saved for their later years. Relying on family members or friends to update or make withdrawals at the banks can cause serious family tensions. Fomca has fought long and hard for BSN to re-issue bank books for the poor and for pensioners; we have failed. The poor and the pensioners continue to suffer. The poor should not be punished for being poor.

Fomca hopes that the regulator will act firmly to protect the poor and vulnerable consumers. Hopefully, still with its obsession with promoting “paperless” and “online banking”, the central bank will not continue to support BSN’s practice of causing suffering for the poor and vulnerable. Interestingly, some of the commercial banks continue to support bank books to provide just service to the poor; why not the so-called government bank?

Finally, in the MySalam programme which provides financial assistance on critical illnesses for the poor, all poor should be included. No person classified as poor and suffering the prescribed critical illness should be excluded. Excluding the poor just because they had their illnesses before Jan 1, 2019, or those above the age of 65 is just cruel. The poor should not be punished because they found out they were already sick by a certain date or because they are “too old” to qualify. Profit-making insurance companies do that; never the government.

Apart from BSH and other assistance programmes for the poor, the government must ensure that the critical institutions that the poor interact in their daily lives – such as banks and healthcare bodies – do not burden the poor even more. Whenever possible, they should reduce their burden instead. Is that not what a caring government does?