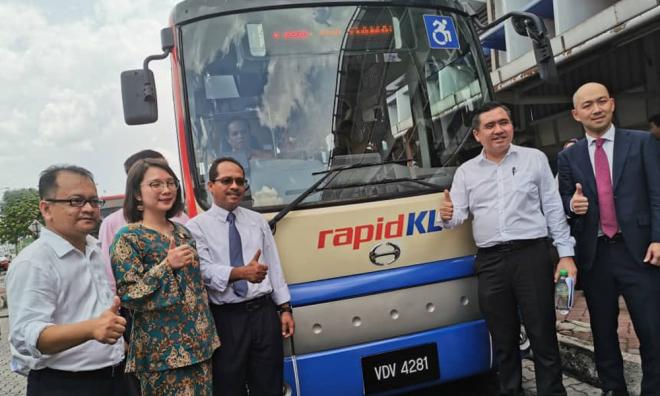 LETTER | At the 2015 Land Public Transport Symposium, I was a panellist for a session entitled "The First and Last Mile Connectivity: How do we make it better" and called for the return of the minibus services as part of the last mile connectivity solution.

A newspaper reported me saying: "We should bring back the minibus to transport people for high frequency and reliable services. We all remember how good it was even though there was some concern over the safety, level of services and its business model. It is high time we bring it back, this time as feeder services at urban areas especially from the LRT, KTM and MRT stations”.

The bus’s height can be lowered by 50mm to facilitate boarding and alighting. It can also be raised 30mm higher than normal for greater ground clearance on rough roads and is designed to transport up to 31 adults, including standing passengers.

The minibus is powered by a Euro V-compliant 5.0 litre turbodiesel engine mated to a five-speed automatic transmission. In Japan, there are more than 2,000 units of Hino Poncho operating within busy city streets and narrow residential roads.

When I made the call four years ago, many people made an immediate connection to the pink minibuses we had on our roads until 1998. They were then kings of the road. Drivers operated them at breakneck speed and were fondly known as "pink panthers" because they provided cheap and efficient transport for the public but turned into saunas with windows fully closed during rain.

However, minibuses of today such as the Hino Poncho are a different animal altogether. The specifications of its chassis can put many so-called luxury buses and cars to shame. Although commercial vehicles are exempted from excise duty, it is still too costly for many stage bus companies to operate state-of-the-art minibuses.

He was reported to have said: “We are willing, able and ready to work closely with the Transport Ministry to make this scheme a success for the benefit and convenience of the public, and also to fulfil the government‘s policy of encouraging more people to use public transport”.

The process should be speeded up as many full-size buses, noticeably MRT feeder buses, are running about almost empty. More importantly, minibuses can operate on routes which are not serviced by full-size buses or their frequencies too few and far in between.