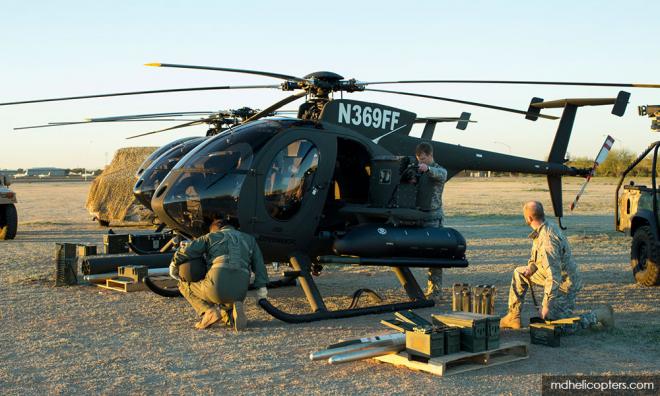 Take action against culprits of non-delivery of army helicopters

LETTER | Persatuan Patriot Kebangsaan (Patriot) would like to see the issue of the non-delivery of the six helicopters purchased by the Defence Ministry in 2016 brought to a decisive closure and action be taken against the culprits.

The issue happened under former defence minister Hishammudddin Hussein’s watch and he has so far not spoken a word but instead had the audacity to ask how the Defence Ministry planned to spend the RM15.6 billion from the 2020 budget.

The Defence Ministry had lodged a report to the MACC in June this year for the purchase of the McDonnell Douglas MD530 lightweight combat helicopters and various news media have reported on it.

The six helicopters that was meant for the Army’s use cost more than RM300 million and to date RM 113 million has been paid. The contract, signed in November 2016 following a demonstration during the Langkawi International Maritime and Aerospace Exhibition (Lima 2015), was to have the helicopters delivered in two batches, in July 2017 and December 2018.

It was reported that the purchase was through an appointed agency that was close to a very senior official of the ministry.

The appointed agent, which had no previous experience in dealing with military assets, was allowed to conduct direct negotiation with the supplier. The process of procuring the military assets did not go through due diligence where, normally for vital military assets, market research and value management checks should be done.

The assets must meet the technical, tactical and operational capabilities expected by the end user.

It was also reported that the original price quoted was US$60 million, but after three months the price was inflated to US$70 million.

Patriot finds baffling the speedy conclusion of the contract for such an important defence procurement, ie, in just 18 months with full delivery expected in less than two years.

It would appear that this was an off-the-shelf procurement where the six helicopters were all lined up to be sold. This procurement has been flawed from the outset.

Some questions that need to be answered by the previous defence minister are:

1. What actually happened to these undelivered helicopters where the deal was made during the previous administration?

2. Was there truly a need for the Malaysian Army to procure the helicopters in view of the logistical support required to maintain it?

3. Why was there a seemingly hurried arrangement to conclude the contract? Why was there the need to appoint an agent, whereas the procurement could be done by the government itself?

4. The agent was reported to have failed in his responsibility to see the contract through. Had a commission been paid to the agent?

Patriot is of the view that there were serious irregularities in the procurement of these specialised helicopters.

Since the contract was sealed by the previous government, it is imperative for the previous defence minister and all officials associated with the procurement to assume responsibility for the dereliction of duty.

Action must be taken against wrongdoers no matter how high their positions are, including those who have retired from the civil service and from the military.