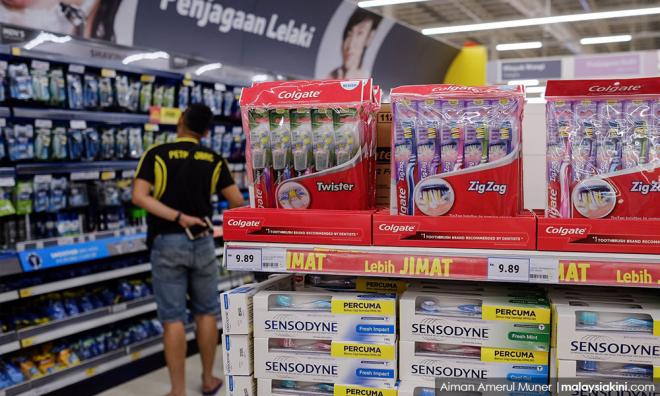 The first-ever National Worry Index (NWI) has been conducted in Malaysia, and the results are incredibly telling.

Abuse of power and corruption are long gone from the top of the list. Rather, what riddles the nation with anxiety these days are bread-and-butter issues.

The results seem to make something very clear to the Pakatan Harapan government - Malaysians are no longer impressed by the razzle-dazzle of the Prime Minister Dr Mahathir Mohamad’s passionate speeches about putting kleptocrats behind bars.

The long and tedious process of locking up crooks from the previous regime should not be taking centre stage at this point. Sure, it should continue playing out, but in the background. Let Najib, the hullabaloo of 1MDB and the complex Jho Low chase fade into the distance for a while and put food on the tables of the poor as was promised.

The highlight of Harapan’s manifesto pre-elections was putting a focus on the economy and getting Malaysia’s finance’s back on track, but as the Emir Research’s inaugural NWI show, the cost of living has never been more worrisome.

These real-life concerns are felt all over the country. Earlier this month, residents in the Tanjung Piai parliamentary constituency made their fears known regarding the rising cost of living, damaged roads, and lack of infrastructure.

A member of the fisherfolk community summarised the main issue, stating that the cost of living is getting higher while business is declining. It’s now evident that his thoughts are echoed loud and clear by the majority of Malaysians.

Not surprisingly, the survey also showed that on a whole, faith in the Harapan government’s ability to lead Malaysia forward is incredibly weak at this point.

The survey claimed only 24% of Malaysians think that the government is a viable one while a sizeable proportion (46%) is unsure and 30% don't think that Harapan is viable at all.

The government should take this survey as yet another wakeup call (though I’m beginning to wonder how many wakeups calls one can be afforded).

When most people in the country are waking up in the morning with basic needs as their main source of anxiety, it is obvious that it’s time for the government to shift gears.

Let the more abstract goals of putting all the kleptocrats behind bars take a backseat and calm down a nation that is concerned about real, tangible and urgent matters.