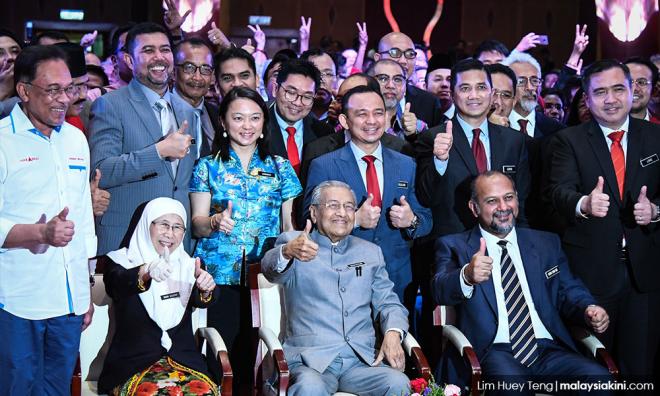 It's time to hear the voices of the people

LETTER | The resounding chants of “A New Malaysia (Malaysia Baru)” and the glorification of the “Courage of Change” that ordinary Malaysians delivered the first change of government in more than 60 years reverberated in the air not too long ago.

Hopes were running high after the GE14, anticipating committed redressing of the fundamental governance of the nation, beginning with the rectification in the fields of politics, governance, judiciary, and other essential elements to lay a solid foundation for the nation progressing forward.

The change made 18 months ago was never about a single person, a single party, an alliance or any self-portrayed saviour.

It was about the promises to reform, provide a better life, good governance and “right the many wrongs” that have haunted the nation.

But since the change, we have been dragging our feet, allowing many of our neighbours to whisk past us.

Were we wrong then? Are we right now?

Malaysians are generally kind and forgiving. We accept whole-heartedly the actions of those who have put in place many policies that brought about the Malaysia we hope to repudiate, believing in everyone can be given an opportunity to repent their past mistakes.

Despite the change in government brought on last year, we are still witnessing the persistent decaying and stagnation unfolding relentlessly before our very eyes.

Over the past 18 months, we are seeing promises broken, hate politics prevailing, escalating conflicts, introductions of megaprojects that threatens the livelihood of the rakyat, the absence of sound economic policy, escalating cost of living, increasing price of essential goods, currency depreciation, drastic outflow of foreign funds and the contraction of our financial markets, ruling by division and segregation, degrading certain social groups and races, and the internal squabbling among politicians who once vowed to dedicate their lives for the reformation of the country.

When a 72-year-old respected president of a major political party of the ruling government is accused of sexual misconduct by his youthful former research assistant, most of us were bewildered.

The accusation is based on an incident which allegedly occurred in the midst of a by-election campaign when the heavy burden of the nation’s future was at stake.

Curiously, it took the former research assistant approximately 14 months after the alleged incident and just two days prior to the party’s annual congress to come out into the open.

The present generations have access to social media platforms and online contents that provides them with greater exposure than those 20 years ago.

Distinguishing between a drama and a conspiracy can be put in greater scrutiny by the majority of Malaysians.

Does the present generation deserve to live through the same struggle which many thought they have painstakingly eradicated in the last general election?

Malaysians’ hopes are pure and simple - we envision a land where equal opportunity is given to all, the less privileged, children and the aged are well cared for, the rule of law and justice are upheld, politicians honour their promises, hate and gutter politics are eradicated, and good governance is practised.

That is what the rakyat wanted when they voted for change in GE14.

S RAVEENTHARAN is a former state assemblyperson and president of People's Rights Organisation.