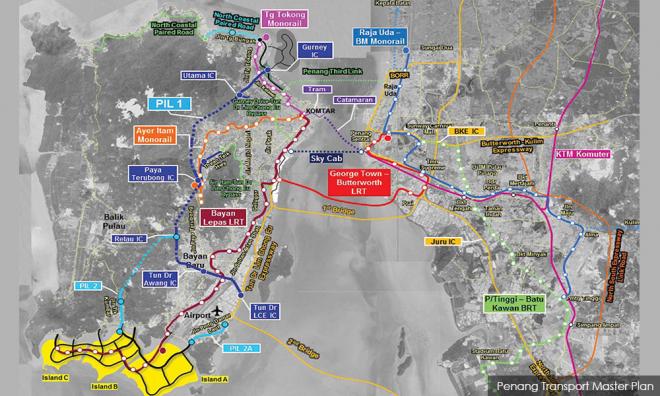 CAP says 'no' to new PDP agreement with SRS Consortium

LETTER | The Consumers’ Association of Penang (CAP) calls on the Penang state government not to sign the new Project Delivery Partner (PDP) agreement with SRS Consortium for the Penang Transport Master Plan (PTMP) as the PTMP is heavily contentious and criticised by many civil society organisations (CSOs) due to its adverse environmental and socio-economic impacts.

SRS Consortium is a 60:20:20 joint venture among Gamuda, Loh Phoy Yen Holdings Sdn Bhd and Ideal Property Development Sdn Bhd. It was reported by the media that when SRS Consortium first signed a PDP agreement with the Penang government in 2015, its role as a PDP is to help the state government implement the PTMP. The Penang South Reclamation project was mooted by SRS to create a land bank to fund the multi-billion ringgit PTMP.

In recent years, the state government had expanded the project scope of the PTMP and thus in formalising the latest plans, the Penang government will need to sign a new agreement with SRS Consortium. Last week, Gamuda group managing director Lin Yun Ling had said that once the new PDP agreement is signed, the design works can start. "The light rail transit (LRT), Island A, the Pan Island Link and reclamation work for South Island will all move,” he was reported saying.

Penang Forum and several academicians had pointed out to the Penang government that cheaper, better, viable options for PTMP are available. This option does not necessitate building new roads or the LRT.

The alternative PTMP proposed by CSOs incorporates a good network of ART (autonomous rail rapid transit) and BRT (bus rapid transit) supported by feeder systems to address first and last-mile connectivity. CAP had written to the chief minister to seriously consider these options. However, the State is yet to respond to why it is selecting a more expensive, potentially destructive option when a cheaper, better, faster to implement alternative exists.

The state is not considering the views of the public, fishermen communities and CSOs objecting to the Penang South Reclamation (PSR) project. We had also raised our objections during the public hearing of the draft Penang Structure Plan (RSNPP) 2030 which included the Penang South Islands project, other reclamation projects and the new highways.

It is indeed very disappointing that CAP’s and many other groups’ objections were not taken into account and the state went on to gazette the RSNPP2030 on Oct 24. The government needs to also consider that a case has been filed to contend the approval of the Environmental Impact Assessment report of the PSR-Rev 2.

The Penang government should be going on an austerity drive by reviewing the PTMP projects to cut costs and consider alternatives, besides scrapping all proposed reclamation, luxury and mega projects. Do not forsake Penang’s environment and people in pursuit of development proposed by developers whose main concern is profits.

The writer is CAP president.