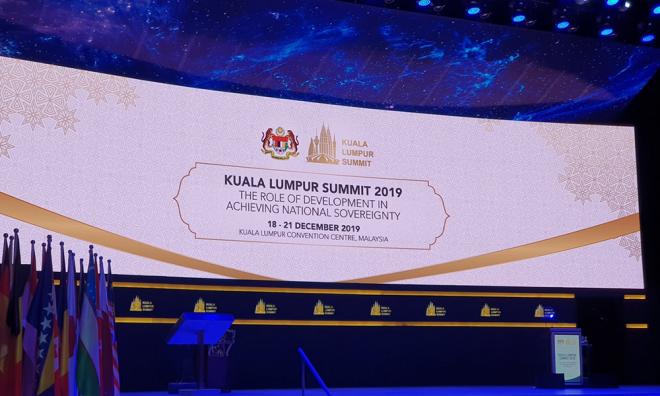 Leave aside the powerful, well-heeled Saudi government arguing that the KL Summit will split the Muslim world, and forget about the rebuttal from the Malaysian side that this event will not sideline or nullify the Organisation of Islamic Nations (OIC).

Instead, note the nations not participating and those that come here and hold dinners that trigger local political sentiments.

The lessons to be learnt here are that:

Our leaders should instead focus on turning Malaysia into a moderate state of citizens who not only get preached so often about tolerance but promote and build co-existence with respect for every community in this country.

We are fast losing time in building a “Malaysia for Malaysians”.

For a long time, we have allowed our leaders a free hand to determine the country's future.

And in doing so over the past six decades, Malaysians have been led into increasingly narrow pathways of dependency and loss of honour as we become subservient, and suffer from the need to “not offend godfather nations”.

In the growing precarious global climate of jostling for supremacy, we need to go back to the basics.