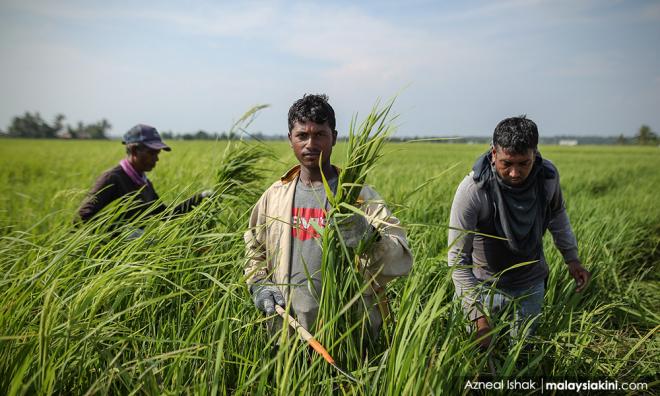 Safeguard the rights of migrant workers

LETTER | On International Migrants Day - which is observed on Dec 18 annually - the Malaysian Bar acknowledges the contribution of all migrant workers to the development of Malaysia and their home countries.

Therefore, the Malaysian Bar calls on the government to embark on a comprehensive programme to resolve the issue of undocumented migrant workers in Malaysia.

The Malaysian Bar supports the recommendation by the MACC that the management of migrant workers be placed under the purview of the Human Resources Ministry.

The Malaysian Bar urges the government to carry out the recommendations of the MACC expeditiously. Work, not security, should be the cornerstone of the nation’s comprehensive policy on migrant workers.

The Malaysian Bar commends the government’s move in joining the United Nations' Intergovernmental Conference to Adopt the Global Compact for Safe, Orderly and Regular Migration (Compact) which took place on Dec 10 and 11, 2018. The government should take the lead in implementing the provisions of this Compact to ensure that the rights of migrant workers in Malaysia are protected.

Finally, the Malaysian Bar renews its calls to the government to do the following:

(1) Implement the recommendations of the Bar Council’s “Developing a Comprehensive Policy Framework for Migrant Labour”, which include among others:

(a) working closely with country-of-origin governments to fine-tune the recruitment system to ensure that migrant workers are recruited in a regular manner, and are equipped with the necessary skills in tandem with their employment, as well as knowledge on their labour rights and obligations; and

(b) extending the government’s legal aid programmes, including those of the Legal Aid Department (Jabatan Bantuan Guaman) and National Legal Aid Foundation (Yayasan Bantuan Guaman Kebangsaan) to cater for migrants and refugees in Malaysia.

(2) Ensure full respect for the human rights and humane treatment of migrants, regardless of their migration status, in line with the 2030 Agenda for Sustainable Development adopted by the UN General Assembly on Sept 25, 2015; and

(3) Accede to the International Convention on the Protection of the Rights of All Migrant Workers and Members of Their Families, adopted by the UN General Assembly on Dec 18, 1990. This convention recognises and guarantees respect for the dignity and rights of all migrants, regardless of their national origin or immigration status.

ABDUL FAREED ABDUL GAFOOR is president of the Malaysian Bar.