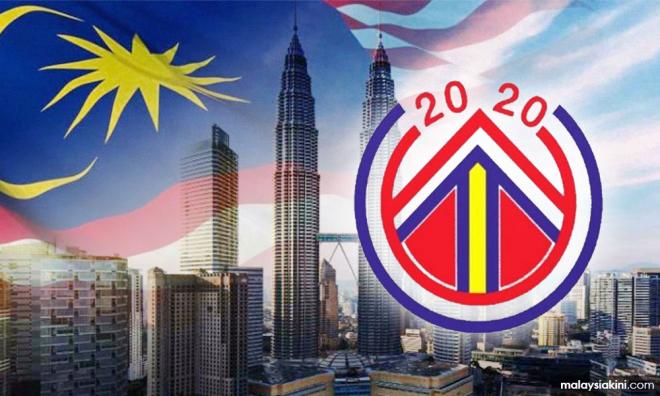 LETTER | When Vision 2020 was first launched in 1991, I did envisage a better, more united, and a prosperous Malaysia despite whatever apprehensions we might have at that time.

We arrived 2020 yesterday, but what did we see?

Would it be a fair representation if I said that the country’s politics is still as “third world” and as “chaotic” as ever? Would it be fair to describe Malaysia today as parochial, divided, haphazard and disorganized as ever?

Yes, when compared with 1991, the country has achieved something. But did thirty years do justice to us in terms of development, unity and progressiveness?

For me, there is nothing much to shout.

It is saying different things to different crowds. It is saying things without the intention to fulfill them. It is about who can make more “convincing” and “believable” empty promises.

When Umno/BN was in power, we said the government was every good and had done much for the country.

When Pakatan Harapan took over, we also said the same thing – the new government is very good and has done much to dismantle the idiosyncrasies of the old government.

But is this true? Have we been honest and frank when evaluating the governments, the various political parties and politicians in general?

Today, do politicians leading Malaysians to greater good or leading us further apart, to be more extreme, more parochial, and bigoted? I think your guess is as good as mine.

As a nation, we just simply can’t live without lording over others our false sense of language, culture and religion superiority.

Look, the world owes us nothing. The sooner we get over with our caveman mentality, the better.

We can’t become richer or more competitive by labelling others “dark skin” or worshipping a foreign preacher as an icon.

Accusing me as a pessimist if you may, if the current mentality prevails, I don’t think this country will achieve Vision 2020 in 2050.