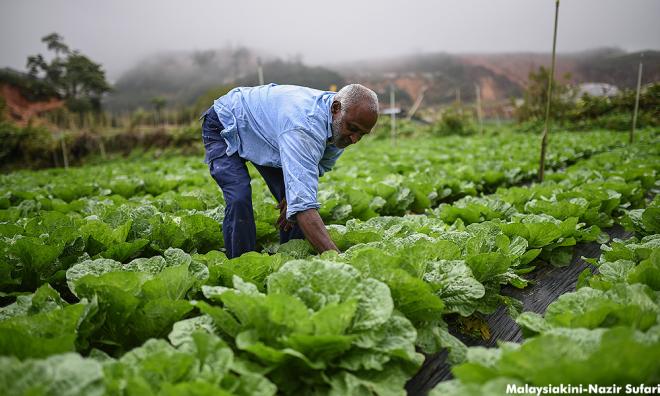 Agriculture, farming need to be given more preference

LETTER | The demolition and clearing of the vegetable farms in Cameron Highlands shows the indifference of the state authorities to the plight of the farmers. As land is a state matter, the farmers who are experienced vegetable growers, could have been relocated as the contentious issue has been on-going for the past few years. These farmers are going to be unemployed and deprived of an income to sustain their families. The Pahang state government could have offered these farmers alternative land on a TOL basis or rented them land in more environment-friendly areas so as not to pollute streams and rivers or cause other pollution.

Land is abundant in Pahang as one comes across a lot of land lying idle and uncultivated and it is disappointing that the situation had to come to this end. It is hoped that all the evicted farmers will be given plots of land elsewhere to continue with their farming. Malaysia imports a lot of lowlands and highland vegetables and fruits, and local agriculture needs to be sustained if not given a big boost by opening more land for farming that does not cause any environmental degradation.

Malaysia’s food import bill runs into billions of ringgit and it is high time agriculture is given pride of place for our economic well being. A national plan needs to be mapped out to identify large areas of presently idle but suitable arable land for agriculture and related sectors. This will also help increase employment and income especially in the rural areas. Our equatorial and tropical climate is suitable for a wide range of agriculture and the nation must press home its advantage. Malaysia’s climate could be the envy of many nations that can only grow a limited range of crops.

A similar plight is also being faced by the horticultural nursery operators in Sg Buloh, Selangor especially in the vicinity of the Sg Buloh Hospital and the Jalan Subang "Green Lane". A large number of these nursery operators have been told to move out due to road widening and other development without being given any proper relocation sites by the Selangor government which has been aware of the problems for the last few years.

A horticultural centre where all these nurseries could be collectively relocated can be an asset to Selangor. It can draw a large number of tourists as well as businesses and can be the pride of the state. The nursery operators possess unrivalled skills in horticulture, topiary, land rehabilitation and landscaping, an asset and advantage the Selangor government must utilise rather than let it go to waste.

The state government needs to look at horticulture as a commercially-viable and economically valuable industry that must be protected and nurtured as is being done in many countries. During the present climate change crisis, horticulture can play a major role in the rehabilitation and greening of the urban space.