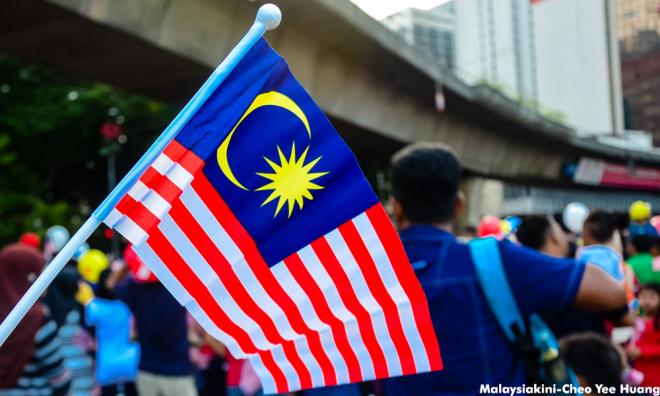 LETTER | We have freedom of speech, but not freedom after speech

LETTER | Few rights are more precious to citizens all over the world than the freedom of speech and expression. No matter who they are or where they live, no one takes kindly to being suppressed or silenced, especially when their views are peacefully expressed and do not violate the spirit of democracy.

The freedoms of speech and expression are every individual’s fundamental human right. Article 19 of the Universal Declaration of Human Rights (UDHR) 1948 stated explicitly, “Everyone has the right to freedom of opinion and expression; this right includes freedom to hold opinions without interference and to seek, receive, and impart information and ideas through any media...”

For some who may try arguing that those “Western” freedoms have no place in a Muslim-majority state like Malaysia, those rights are also clearly enshrined in Article 10 of our Malaysian Constitution.

While such freedoms aren’t absolute, Perikatan Nasional (PN) has been abusing its powers by arbitrarily clamping down on all those with views different from its own. Even the most placid and objective of statements can be twisted and blown out of proportion, or treated as threatening the coalition or the state of the nation. This is utterly ridiculous and makes a real mockery out of the state apparatus.

Laws and legislation exist to protect ordinary citizens and to preserve peace and order in society. They certainly do not exist to be used as weapons to be unleashed on the populace at the government’s every whim and fancy. Sadly, that is exactly what PN has been using them for.

Ever since PN bulldozed into power, the list of victims who have suffered its wrath has been rapidly expanding. Just four days after the Putrajaya hijack, police summoned Ambiga Sreenevasan, Marina Mahathir, and 17 other activists for peacefully assembling over the weekend in protest of the coup that sent the nation reeling.

In May, police investigated Kuala Langat MP Dr Xavier Jayakumar for criticizing the one-day or, more accurately, one-hour Parliament sitting on May 18 which many opposition members had decried as undemocratic.

Last month, police probed Segambut MP and former deputy women and community development minister Hannah Yeoh over a Mar 9 tweet where she merely enquired about the fate of the national road map to fight child marriage under her successor Rantau Panjang MP Siti Zailah Mohd Yusoff. To add salt to the wound, they are also investigating Yeoh over a Facebook post she never made but that was falsely attributed to her.

Also in June itself, police questioned former youth and sports minister Syed Saddiq Syed Abdul Rahman over his remarks that were critical of Prime Minister Muhyiddin Yassin and his backdoor government during an interview with Al-Jazeera on March 6.

On June 30, police raided publishing company Gerakbudaya and seized 313 copies of a book entitled "Rebirth: Reformasi, Resistance, and Hope in New Malaysia". The book recently came under fire for bearing a cover that supposedly insulted the national emblem. As of July 1, this book is now banned throughout Malaysia by the Home Ministry.

Just last week, police started investigating Boo Su-Lyn (below), editor-in-chief of health news portal CodeBlue for publishing articles on the 2016 fire that occurred in Johor Bahru’s Sultanah Aminah Hospital. Boo has maintained that her articles were based on declassified information.

The list of intimidation and harassment goes on and on. At the rate that this is going, it shows no signs of slowing down. PN has wasted no time in showing Malaysians that any dissenting views or opinions will not be tolerated and that those who dare voice out against it will pay a very steep price.

Perhaps some things never change. Under the BN government, everything was sensitive, seditious, disrupted social harmony, and threatened national security. Likewise, this is the exact same scenario under PN but much worse. Are sensible Malaysians not sick of this long-abused narrative?

Yes, the days are getting darker, and the sun is fast setting on democracy in Malaysia. But for as long as we keep standing up to injustice and fighting for what is right, the mission to save Malaysia is far from over.