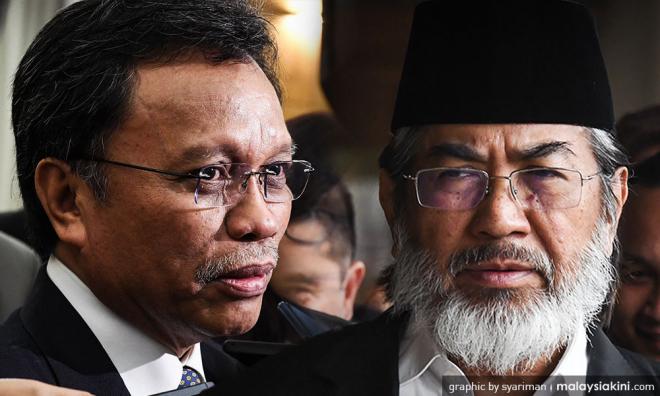 LETTER | The news that the Warisan government in Sabah is on the verge of collapse is sending shock waves across the nation.

Against the backdrop of the seven criminal charges against former prime minister Najib Abdul Razak, all of which he was found guilty by the High Court, it shows how low the country's politicians have descended.

The people's mandate in the last general election has been betrayed by a small group of people's representatives, at both the federal and state levels.

All that they need to do is to switch camp and an entire government collapses. If this continues on, it will be very unhealthy for the country's economy and its future. It also makes a mockery of the democratic system that we seek to defend.

While the people are suffering during the present Covid-19 pandemic, the politicians care more for their own pockets and positions of power, instead of the people's well-being.

All these things happening have wised us up not to vote for individuals who defected or the parties that they defected to. Instead, we should vote for parties that best represent our value system of integrity, honesty and fairness. Corruption should be stamped out.

Earlier, we read that several state assemblypersons in Warisan Sabah were offered millions of ringgit each to defect.

Although this involves middlemen, one can easily guess who is behind such offers. It is not a mere game of chess, but a betrayal of the people's mandate. Whether it is financial or power gratification, it is morally wrong for a people's representative to defect to another party after winning a seat on their party's ticket.

Such an act of betrayal can only trigger serious very repercussions for the parties that are involved in the seizure of power, which started with the collapse of the Perak state government.

Many of us are still angry with what we see happening in the first half of this year, with one state government after another collapsing after the formation of the Perikatan Nasional government led by Prime Minister Muhyiddin Yassin. Even the state governments led by Muhyiddin's own party, Bersatu, collapsed.

The people have only one last chance to get their revenge at the polling box. Expect cheating to also happen in the coming general election and unless there is a very strong majority, anything can happen. Therefore, the rakyat must work doubly hard to put the country back on the right track.

As ordinary citizens, the question that we are all asking is: where did such a huge amount of money come from? Are individuals, or even political organisations, so rich that they can pay such amounts to lure the defection of the state assemblypersons or Members of Parliament who were elected by the people?

With evidence, such as the closed-circuit television (CCTV) surveillance system, the authorities such as the police and Malaysian Anti-Corruption Commission have a duty to carry out a thorough investigation into the reports and take the necessary actions to trace where the illegal money came from.

The mandate has to be returned to the people.