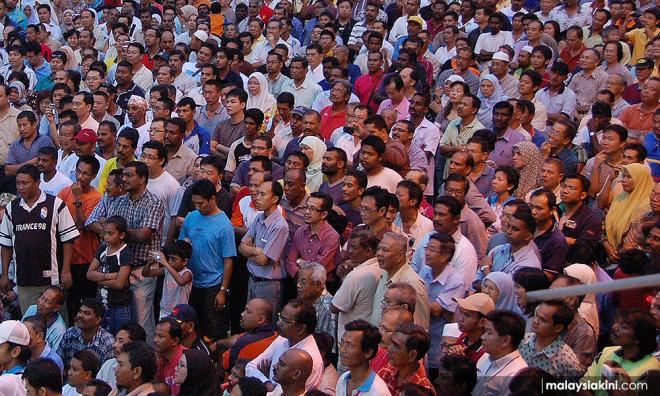 LETTER | Politicians are busy punching slogans in the mediascape this 57th Malaysia Day.

The call to "celebrate" Malaysia Day echoes across the nation - East and West Malaysia.

Those not singing praises on this 57th birthday of our nation are branded as unpatriotic, anti establishment agentries or anti government.

But if can only allow our conscience to triump on this day then the following questions are important to decide our future pathway to nationhood.

Where is this country headed given the politicians or "snollygosters" who have perfected their solid grip on the nation?

What are we celebrating?

The resplendent mortar and glass gleaming in the urban skies?

Built these past 57 years with public funds, such "developments' made vested stakeholders laugh all the way to the bank while the rural folk have to be satisfied with minimal electricity and piped water - if not none.

Are we celebrating the great highways and toll plazas that make business technocrats and their political allies cash-in with untold profits and perks, while urban road users struggle with unfathomable toll rates just as we have rural folk still crossing streams and mud tracks on foot to go to school?

While we beat the drums for the great private hospitals boasting medical and surgical specialities, we have much of the less developed townships and far interiors making do with basic if not pathetic access to quality healthcare.

On our 57th national birthday we may cut the cake of "progress and development" that has a thick icing covering up the rampant corruption beneath.

The 1MDB debacle is just one of our many standards.

We are celebrating the many successes brought about by politicians while we also go to battle in the yard of the judiciary hoping to convict and punish wrongdoers even as some convicted individuals are not languishing under the weight of the rule of law but are joining in the celebration too in luxury and with protection.

What are we celebrating today when after 57 years we still undecisive and are fighting over language and the medium of instruction in our hallways of learning?

At 57 years old, this nation is unable to weed itself free from the tentacles of politicians and political parties that thrive by dispensing toxic mirth of religion and race laced divisiveness.

Are we celebrating the fact that a democratically weaned government through fair and clean elections was thrown out in a bloodless political coup that saw a band of snollygosters take power under a shockingly fast tracked coalition?

Or are we celebrating the blows to our novel and noble hopes of saving the dignity and honour of our nationhood?

Perhaps we are celebrating despite the expose that some political party enriched itself over the decades with billions of ringgit from a percentage cut of the wealth of this blessed nation that had oil resources.

Or are we celebrating 57 years of systemic efforts to plunder our forests in the name of trade and profits?

Certainly we are celebrating the fact that while Peninsular Malaysia developed on a fast track, our eastern brothers and sisters remained far, far more backward by comparison.

Malaysia Day this year is marked by the sheer fact that the wealth of this nation has been plundered so much so the chasm between the haves and have-nots, the elitist and the ordinary rakyat, the snollygosters and the honest citizens has only widened.

We need a national reflection on this Malaysia Day.