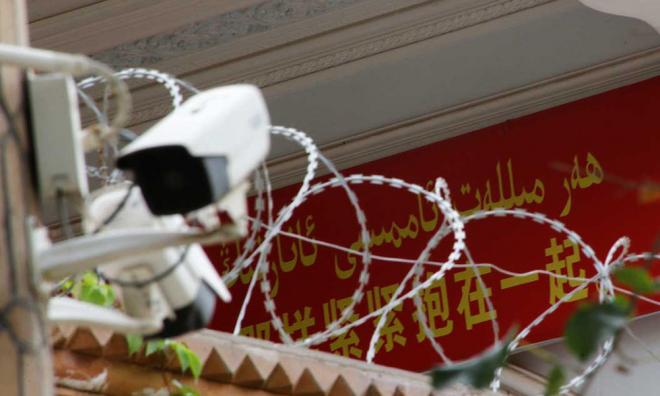 LETTER | Xinjiang, contrary to what many people believe, is not the word which Uyghur Muslims themselves chose, or accept. In Mandarin, it means "new land". But here is the puzzle.

Islam has a history in China, especially Xi-An, even much further east to Xinjiang, since the 7th century AD. And, if the local lore can be accepted, Muslims in China do believe that the first merchant to propagate Islam to Han Chinese and Uygur Muslims was none other than Saad Ibn Waqqas, a close disciple of Prophet Muhammad.

The Han Chinese, who constitutes almost 95 percent of the entire population of China, did not accept or understand Islam immediately. Nor should they, as Islam is based on non-compulsion.

But some of the Han Chinese did accept Islam, to identify themselves as Hui Muslims. Hui is the first letter of Hui-Ziao, which means Islam in Mandarin. Hui-Ziao means the teachings that encourage people of all creeds to return to their basic essence: to believe in God, or alternatively, Heaven, as God, as Professor Tu Wei Ming at Beijing University would have it.

Given the symmetry and harmony between Islam and China that date back to the 7th century AD, which has continued to this very day, why has the Chinese Communist Party (CCP) impose more and more punitive discipline and pressures on the Uyghur Muslim minorities? After all, they number no more than 12 million people amidst a Han (non-Muslim) population of 1.4 billion.

Yet, the State Council of China, equivalent to the cabinet, has finally admitted that there are "re-education camps" or "vocational centres". This was reported in the South China Morning Post on its online edition of September 18 2020.

If readers are curious about what China's government officials are saying in the State Council, they can read the above publication in Ink Stone before they cast any aspersions on this article.

The fact is there are more than a million Uyghur Muslims that are "trapped" - to put it politely - in these camps. These numbers correspond with the estimates of many reliable news and non-governmental organisations in Asia and the West concerned with the fate of Uyghurs.

China is a civilisation. It can rise to the standards of the highest civilisation too. For example, over the last 40 years, China has redeemed 800 million people from hardcore poverty. A feat that has never been achieved, although there are another 600 million more that await further assistance.

Beijing has a campaign to save its 55 minorities. But Beijing should not do so by transgressing on the human dignity of Uyghur Muslims. This is a very dangerous exercise, as the Belt and Road Initiative does traverse across at least 30 Muslim countries out of a total of 67 countries that have agreed to support the project. That is close to half of China's exposure to serious rebellion against innocent Chinese construction workers, who are often identified by the yellow hard hat helmets.

No one wants China to collapse in its own humiliation after overcoming its own "Century of Humiliation". China needs to be wise and pragmatic to U-turn on their draconian policy on Uyghur Muslims, even Hui or Kazakh Muslims, or perhaps Han non-Muslims who are sympathetic to the plight of Uyghurs and the Muslims.

Don't bully minorities or even try to colonise anyone, especially in Southeast Asia or even Africa. Many assertions are arising on the possibility of the use of "debt-trap" as a new weapon of neo-colonisation done through the offer of huge debts with an impossible path of repayment resulting in "possession" of such ventures as we saw in Sri Lanka's Hambantota seaport.

The huge 2.2 billion Muslims in 57 countries too should rise and demand answers from China. Forget about the Saudi dominated impotent Organisation of Islamic Conference (OIC), which is more interested in baklawas and lamb mandi meetings. This is perhaps a case for the establishment of a new alliance of Muslim nations let by more progressive, pragmatic and principled Muslim nations.

RAIS HUSSIN is president and CEO of Emir Research.