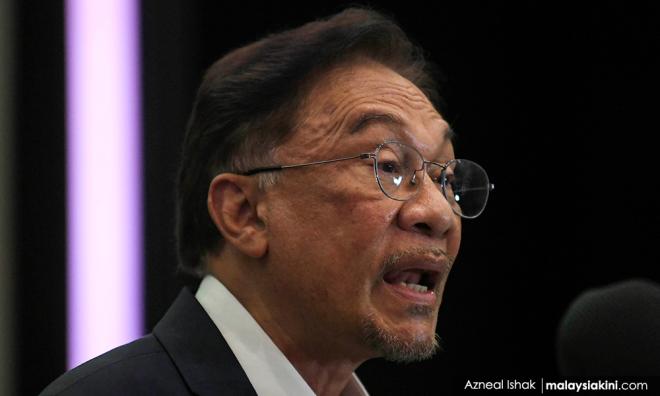 LETTER | Anwar Ibrahim’s bid to become prime minister could not have come at a worse time. He had just stated that he had an overwhelming number of MPs supporting him and that the present government under Prime Minister Muhyiddin Yassin had fallen when the Yang Di-Pertuan Agong fell ill and had to be treated at the IJN Kuala Lumpur.

The King is now recuperating and has decided to grant an audience to Anwar on October 13.

Since Anwar made his startling statement, many new developments have taken place to his disadvantage. There has been a dramatic spike in Covid-19 infections, and the whole nation is focused on this serious health issue.

A change of government at this juncture could upset a wide range of activities planned to contain the pandemic and the socio-economic problems.

The King had already previously firmly stated that national and political stability are crucial to deal with the pandemic. A change in the top administration of the country will mean it will be back to square one.

A number of Umno MPs whom Anwar must have depended on providing the overwhelming numbers have since backtracked. Anwar’s deal with some Umno members and leaders - allegedly that they will be freed from corruption charges - has surprised DAP. It is uncertain whether DAP will live by its high ideals and principles or compromise for power and positions. This will be an important decision for the party.

Anwar’s rejection of support from Dr Mahathir Mohamad’s Pejuang means that the bad blood between them will continue. Mahathir could thwart Anwar’s chances as combined with Shafie Apdal’s Warisan party; he has a sizeable number of MPs. These MPs will be a swing factor in any confidence vote in parliament. More than that, Mahathir might think that Anwar is out for vengeance and will do the utmost to prevent the latter from becoming prime minister.

The victory in the just concluded Sabah state polls has boosted Muhyiddin’s position although the resulting spike from the Covid-19 cases has somewhat dampened it. Although the PM has a tenuous grip with a razor-thin parliamentary majority, most Malaysians feel that given the health and socio-economic problems to worry about, the present government should be allowed to continue.

A new government cannot do much more than the present one due to the economic slowdown and financial constraints imposed by the massive socio-economic stimulus packages to contain the pandemic.

A snap election is out of the reckoning considering the ‘election spike’ in Covid-19 infections in Sabah. The King, given his present state of health, is not going to opt for the onerous interviews with Anwar’s supporters. The King cannot be just content with Anwar’s statutory declarations but will need more solid proof to oust Muhyiddin.

Most probably the King will ask Anwar to wait for the next parliamentary sitting to test a vote of confidence against the PM. A lot of things can change in the interim, and it also gives Muhyiddin time to shore up support for his leadership.

It is said that politics is the art of the possible. Whether Anwar has the ‘overwhelming numbers’ or is going to give Malaysians an ‘overwhelming shock’ will be known soon.