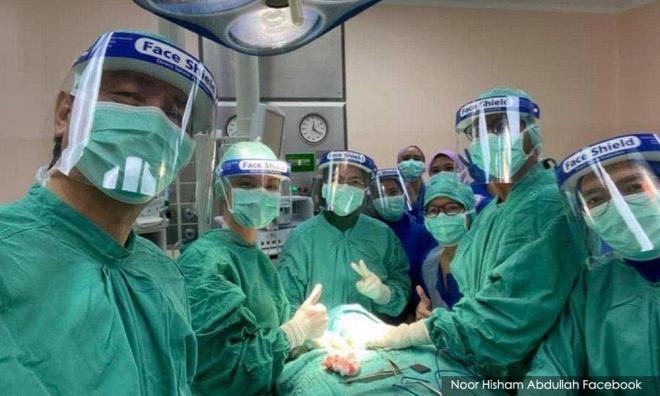 LETTER | The situation in Sabah is a deep crisis. It could only get worse. Not only that, the situation in the peninsular, too, is threatening to implode.

Forget about the statistics for now. It is all over the media landscape.

Acknowledge the fact that we honestly do not know what the outcome will be while the nation reels under a third wave that was simply expedited by political greed and desperation for power and control.

The caring citizens are again voluntarily coming together to attend to the serious crisis in Sabah.

In fact, appeals for donations are also being galvanised to see to the basic safety needs of the frontliners.

Meanwhile, the country is questioning the prime minister about his 'abah will rotan' reprimand.

Others are also questioning the government's claim that illegal immigrants are behind the third wave coronavirus implosion in Sabah.

Well, it is high time that we made accountability and redress the measure of the day and not let off our politicians so easily with our healthy social conscience, i.e. raising funds from the goodwill of the commoner citizens to provide aid in a crisis.

Yes, it is time that all the ministers in the current, bloated cabinet, together with their choice appointees to the GLCs, GLICs and what have you, be made accountable for this third wave.

They should all be on a 50 percent pay cut, with immediate effect.

And all expenditure for the many unpublished perks that these politicians and fondly special appointees should be stopped immediately.

That money should go to fund the battle against the ravaging virus attacks in Sabah.

It is time that we citizens stopped politicians from hiding behind this goodwill, willingness and charitable disposition in us caring commoners.

Yes, we did it the first time when the virus landed on our shores. But we should not do it now again until we succeed in forcing the powers that be and the filthy rich politicians and gravy train benefactors from stepping forward.

It has to be now or never. Accountability and redress cannot be second to charity.

Covid-19 must shake up this nation for the better.