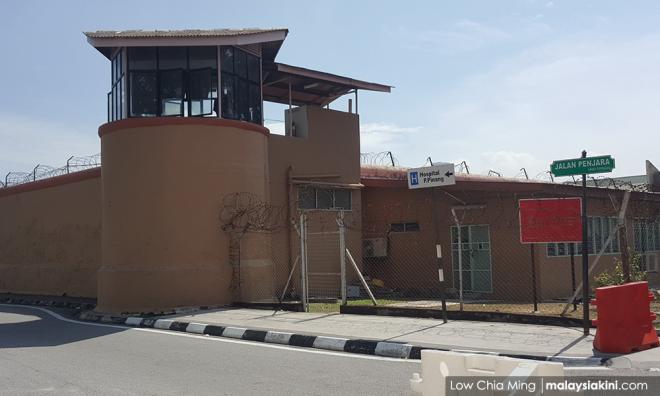 LETTER | Once again, the Covid-19 cases in Penang edged to the century mark yesterday, Oct 25. With the 97 cases, where 94 were part of the #KlusterPenjaraSeberangPerai, it left three new cases shown to be close contacts; and two of them have now been acknowledged as part of a new cluster in Penang, #KlusterBayan. The other new case was from Seberang Perai Tengah (SPT), Mukim 1.

Now, as Penangites digested the numbers and, in particular, began to connect the dots, so to speak, details of Kluster Bayan soon showed how the index case 22930 from Seberang Perai Utara (SPU) Mukim 14 who was picked up from "saringan lain-lain" and reported as a case on 21/10, would emerge to be a 31y man (unknowing he was positive) visited the Batu Maung wet market, causing it to close for two weeks from 2pm on Oct 22.

We also start to read of other locations being issued two-week closures by the state Health Department, due to being locations visited by a positive case.

All in all, by Oct 25, Kluster Bayan has chalked up six positive cases, 60 negative and 150 cases pending results. We shall keep an eye on those. Yet a big credit goes to our health Ministry staff!

They were able to identify and search out the close contacts, test them and finally have it out in the open, with no need of speculation, like if it was connected to any of the prison clusters so far, which would be utterly ridiculous.

Nevertheless, there was a remark of how there was at least one close contact individual, tested already but while awaiting the result, chose to visit shop(s) in a mall. And was never recognised as a close contact who had been tested and awaiting result as there was no bracelet given to the person to wear.

Nor was any given to the shop workers tested, considered now as close contacts of the eventual positive case who went to that eatery. That will need some probing on the state Health Department officers on the kind of protocol they observe.

Sigh... now a huge breath and one of relief as the numbers for #KlusterPenjaraReman do look promising, as at Oct 25.

Seberang Perai Prison numbers will still rise as the EMCO only kicked in at midnight on Oct 22/10. There are a total of 3,262 people contained in that Seberang Perai Selatan (SPS) Mukim 6 location. From that number: 2,110 are prisoners, 1,000 staff staying in quarters, 120 non-quarters staff and 32 civilian workers.

Expect more positive cases from that prison on the mainland as every single person is tested when an EMCO is implemented.

And thus we must all agree that Covid-19 cases are in majority confined in the two prisons in Penang; a total of 297 out of 312 active cases (correct as at Oct 25), giving at least 15 cases from the community, or 4.8 percent.

We can never relax our guard. Health Ministry director-general Dr Noor Hisham Abdullah had always emphasised that the virus is in our community, anywhere. We must stay vigilant, continue our regimental masking in public places and maintaining social distancing.

It's an ongoing war, but winning small battles on the way bodes much encouragement.