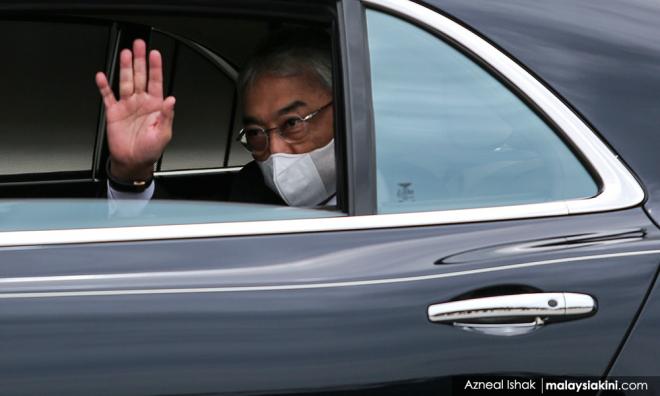 LETTER | No emergency: A good government must account for misdeeds

LETTER | Peals of 'Daulat Tuanku' filled the entire nation as Malaysians took to social media to register their relief over the news of a 'no' to the proposed state of emergency for the country.

Indeed the centuries-old wisdom of our Council of Rulers prevailed. And the Yang di-Pertuan Agong made his proclamation.

As the dust of acute anxiety settles after 48 hours of shock and agonising wait, we hope the sitting prime minister and his close political advisors will take responsibility for their ill-conceived plan to wrest an emergency declaration.

Their flawed decision has caused the nation untold pain.

Foreign media were watching us. And many learned circles and individuals took upon them that sense of patriotic responsibility to convey their objections to the need for a state of emergency.

Let the truth be told. Businesses were almost stopped right in their tracks, fearing the worst.

The streets were nearly deserted, free from the usual weekend traffic. Shops and restaurants must have lost out a whole deal.

Having a backdoor government in power is already causing much trust deficit in the country.

And when the leadership of Perikatan Nasional - despite being given the benefit of doubt by the King in the best interest of his people - make such dangerous and imagined thrusts, the people have justified reasons to demand immediate accountability from the prime minister and his senior advisors.

Muhiyuddin Yassin and his cabinet have only themselves to be blamed if the rest of the population now questions their intention and suspects their capability.

The honourable and right thing to do then is to resign. Surely our beloved land is not short of able leaders.

After all, the civil service is capable of continuing the good work in this climate of the Covid-19 pandemic.

Once again, thanks to our beloved and wise rulers and the King for not yielding to dubious political agendas.