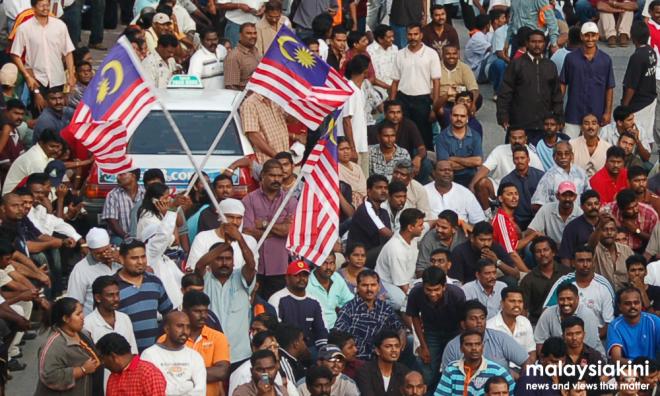 LETTER | The general sentiments widely being circulated in social media on the budget for the Indian community is that they feel cheated again and again, for 63 years.

The community, once loyal to BN over the years, dumped the coalition to vote for Pakatan Harapan in GE14 on promises to treat all citizens equally, fairly and justly.

Despite the reforms under Harapan's 20-month rule were slow, the community was hopeful that once Dr Mahathir Mohamad steps down in May 2019 as promised, Anwar Ibrahim would take over to start the reforms needed to fulfil the Malaysian dream.

What transpired after that is known to all. Our society was founded on the idea of fairness and equality.

The Federal Constitution ran five specific terms of reference with clause E which stated clearly - safeguarding the special positions of the Malays and the legitimate interests of other communities. In other words, the special position of the Malays runs parallel to the legitimate interests of other communities.

Budget 2021 should have treated all communities equally with a fair distribution of the nation's wealth.

The Indian community - around eight percent of the population - was only given RM100 million compared to the Malays to around RM11.5 billion.

After 63 years, if this is happening, it's not only failing to tackle discrimination, it is continuing to hurt and bully the non-Malays.

The PN government fails to understand this negativity of failure to tackle discrimination and provide equal opportunities for all.

A society that is fair and equal helps improve all other public value outcomes, such as liveability, productivity and confidence.

Let me remind the PN government that our democratic structure of multiracial communities will be stronger and more effective if all races are included with everyone shaping this beautiful country.

When the Tamil schools are doing so well, why didn't the government set aside for the well being of the schools? Temples were completely ignored from allocations.

Due to long years of discrimination, the Covid-19 was an eye-opener which proved that a huge majority of the Indian community don't have savings to last for even one month.

The main Indian political party and its friendly NGOs should stop thinking that giving handouts to the poor Indians will translate into votes.

They have yet to read the writing on the wall in GE12, 13, and 14, that the community wants to be treated fairly, equally and justly.