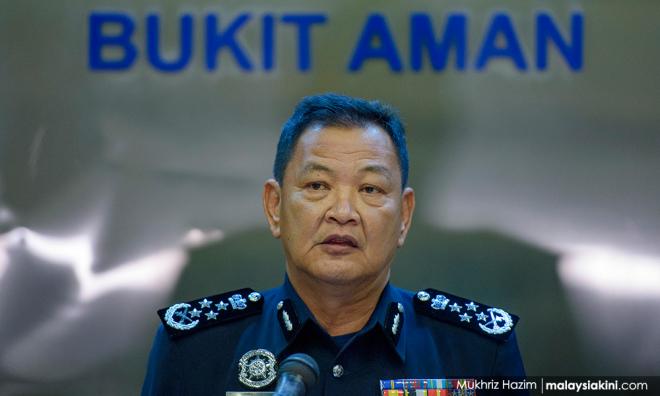 LETTER | Various NGOs have stood up in support of the current inspector-general of police's recent exposes and determination to clean up PDRM.

And thanks to the media's responsible preparedness to report too.

While the guilty and those abetting or in benefit will be counter-plotting out of sheer survival instinct, I am like many other citizens, flabbergasted at the pin-drop silence from several "officialdom" quarters who should have made their stand clear by now.

I would even be shocked if any would argue that "the IGP should have followed protocol and the established channels and not gone public with his exposes" or singing the worn song of "affecting national stability and foreign investment".

With just months to go before the top cop's end of contract, I like others would vote that he be reinstated to help complete this courageous, unprecedented commitment to do good for king and country.

That is what a responsible government should do anyway.

The first and pivotal step to fight and contain corruption willfully is to admit that a vital vanguard institution needs a thorough cleaning up.

Anything less is fraudulent, including coming up with slogans and campaigns using public funds.

In fact with the saluted expose by the IGP, by now there should be an emergency parliamentary sitting calling for a no holds barred action plan to address the issues at hand.

Behind the curtain, promises to look into it will continue to be seen as whitewash propaganda.

I like many others whom I have been talking to and hearing from social media hope and am very sure, at the least, our Council of Rulers will walk with the rakyat in giving our support to help the IGP to return the shine on the Polis Di Raja mascot.

It is not a case of interference but one of patriotic and responsible loyalty to the good name of the nation and it is to finally recalibrate the progress for king and country.