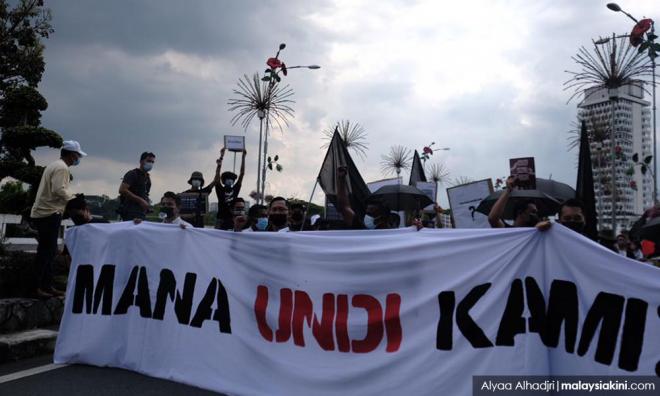 But like most nations that pride themselves in democracy and the belief that every member of society should have a voice in who and how their government is run, the voting age was lower to ‘18’ decades ago. This includes our neighbouring countries: Singapore, India, Thailand, and Indonesia.

Today, the number ‘21’ has grown to be nothing but an abstract bar to gatekeep who could cast their ballots in the upcoming general and state elections, especially for our fellow Sarawakians.

In fact, our Malaysian law has on multiple occasions drawn the line of maturity at ‘18’: the legal age to drive, make a bank account, enter into contracts in your name and no longer considered a juvenile or child in legal proceedings.

The age of the majority in Malaysia (the threshold of adulthood as recognised in law) is expressly declared to be 18 from the Age of Majority Act 1971.

By drawing the line at age 18, it means the nation is at a stage where its members believe their youths are ready to handle the responsibility to participate in the most basic component of a democratic society: to vote.

For Malaysia, this was clearly the case presented two years ago.

The overwhelming bipartisan support of 211 votes out of the 222-member Dewan Rakyat for the Undi18 bill is a sign that Malaysia is ready for its youths to have a say for the leader of their choice.

It is rare to see a bill of any sort passed with strong support from both the ruling government and the opposition side, let alone a constitutional amendment.

The passing of the Undi18 bill by our elected representatives is an indication of growth as a democratic nation and the readiness of Malaysia to embrace fully the concept and belief that every member of society should have a voice in choosing who their representative should be.

In light of this, the Election Commission’s (EC) announcement to delay the lowering of the voting age to 18 for the upcoming 15th general election is an affront to our democratic process and disrespectful to the parliamentary results our elected representatives have unanimously agreed on as well as the campaign behind the cause.

While the concerns raised by the EC, such as the precarious situation the pandemic has brought to our country, may have obstructed them from fully implementing automatic voter registration by the promised date, it gives no real reason to refuse the voting age to be lowered and not allow willing youths of age 18-20 this year to manually register and vote.

The EC has been largely silent on updates and progress on the implementation since the bill was passed in July 2019. Following this, we as citizens have to hold the EC accountable to its promises to implement automatic voter registration as well by urging them to be transparent in their efforts to disclose their progress in bringing Undi18 to life.

We have seen what has happened in countries where the voices of youths are being continuously suppressed. Until today, the Malaysian youths have only advocated for the passing of the bill in a peaceful manner. Even the protest conducted on March 27 in front of Parliament by disappointed and dissatisfied youths was a peaceful one.

It is important to remind ourselves that these demands many of the youth organisations, student bodies, as well as politicians have been making should never be demands in the first place. These were written and amended into our Federal Constitution since July 2019. These have since then become constitutional rights in promising basic democracy for contributing members of society, including youths aged 18 to 20.

Undi18 is now a Malaysian right, not a demand. Let our youths’ voices be heard, let our youths vote.