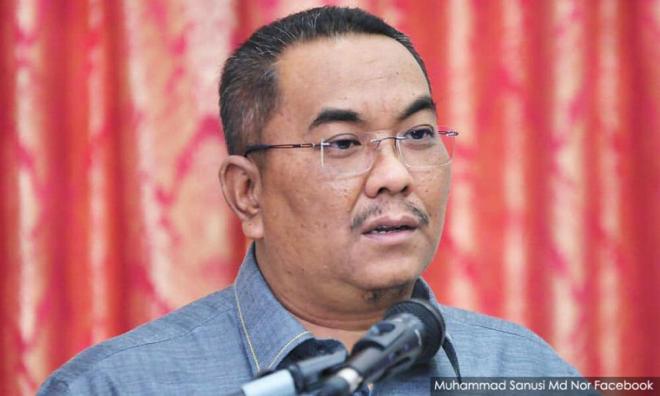 LETTER | Can we Malaysians, whether we are sidekicks, aides, fans, supporters or adversaries, let the truth prevail for once?

I think everybody is stressed given the lockdown situation we are in. Therefore, when seeing double standards or abuse of power being perpetrated, many would certainly get very upset.

I have no way of knowing who was telling the truth with regard to the menteri besar of Kedah (Muhammad Sanusi Md Nor [above]) being exposed for allegedly violating MCO rules. I do not know whether the test drive had really taken place or not.

I also have no way of knowing whether the person exposing the incident has any other motive other than wanting everybody to be responsible. Even if she or he has other motives, did the incident, i.e. the test drive, really happen?

When a person reports a crime, must we first find out whether that person has any other motive other than reporting the crime?

So here is my take:

(i) The authorities must investigate the “incident” to determine the truth as quickly as possible.

(ii) We should wait for the truth before taking sides.

In the meantime, I think the investigating authorities must act fast. The alleged breach occurred in a public place. The accusation is time and place-specific. There were showroom personnel and many others in close proximity.

To me, the authorities and the enforcers of the law must come clean. They must do the needful without fear and favour. Otherwise, we are doomed, seriously.

Kedah MB to give police statement over alleged SOP breach
7 Jun 2021
DAP offers free legal services to those probed for criticising PN govt
7 Jun 2021
Life-and-death in Kedah: No ICU for those with little hope of recovery
20 May 2021
Alor Setar to come under EMCO along with whole Kota Setar district
17 May 2021