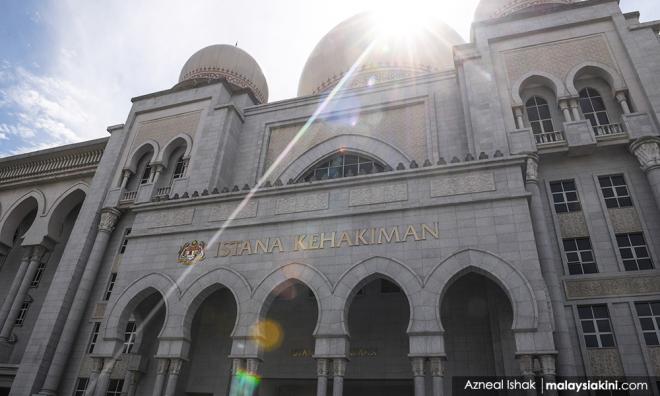 LETTER | Law should not apply differently to ministers

LETTER | One of the greatest presidents of the United States, the reputable Abraham Lincoln once said, “The government of the people, by the people, for the people, shall not perish from the Earth.”

Essentially, the president was describing a democratic society where although the government has power, such power is to act only for the sake of the public.

As a former British colony, Malaysia has inherited the British Westminster model of parliamentary system where there is an inherent fusion between the legislature and the executive.

Thus, as enshrined in Article 43(2) of the Federal Constitution, our ministers in the cabinet are made up of a group of people representatives from the Parliament.

Frankly speaking, the ministers’ job scope is to formulate national policies according to their respective ministries. Since the ministers have the discretion in depicting the blueprint of the country, it is beyond doubt that they are the top leaders of the nation.

As they are deemed to be the cream of our country, the million-dollar question then arises, whether the law should apply differently to the ministers? Well, in my humble opinion, I don’t think ministers should be treated differently merely because of their unique position.

Hence, if someone is given a privilege at law merely because of his special position, it would violate our constitution. Consequently, a system of "rule by law" which defeats the fundamental basis of democracy will be enforced and the ministers will tend to act autocratically.

Tremendously, they will exercise their ministerial power solely for their personal benefit but not to place the interest of the public as the paramount consideration anymore. If such “double standards” are being practiced, corruption will undoubtedly be committed by the ministers as they know that the law will be lenient on them.

This is in line with the pungent aphorism of the honourable Lord Acton, “Power tends to corrupt and absolute power corrupts absolutely.” In the notorious 1MDB scandal, our former premier Najib Abdul Razak was acting as the prime minister, the finance minister and the chairperson of 1MDB at the same time.

By misusing the discretions granted from these positions, 1MDB was used as a vehicle to commit corruption. However, surprisingly, although there was ample evidence, he was only be charged for corruption after the fall of his government in the historical 14th general election.

Imagine if his coalition had won the following election, it could be foreseen that he will not be charged for his offence, but ironically, he will continue to enjoy his special rights as the prime minister. Surely, this is unacceptable, isn’t it?

Not only that, one more incident that evokes the public’s anger is the recent decision from the health minister which only requires the ministers who travel overseas merely to undergo a three-day observation period instead of a full quarantine.

The questions to be pondered are, what is the rationale behind this policy? Does the status of the minister automatically immune them from the virus? Such policy is on the face, ridiculous, unfair and contravenes Article 8 of our constitution.

In addition, the ministers as the elites of the nation, are admired as shinny examples who equip excellent moral qualities and possess high integrity. By the same token, they should obey the laws to illustrate an ethical role model.

Certainly, a two-faced politician who enacts the law but at the same time exclude himself from abiding is not someone sincere enough for us to look at him as the role model. As Malaysia is in the plight of the pandemic, our government has taken initiatives to formulate strict standard operating procedures (SOP), where failure to adhere will be lambasted with a high amount of fine.

However, despondently, the same punishment does not seem to be imposed on our respected ministers. Last August, Plantation Industries and Commodities minister Mohd Khairuddin Aman Razali was found not complying with the mandatory 14-day isolation order upon returning from Turkey. Furthermore, he was not wearing the pink wristband in attending Parliament as well. He was fined RM1,000 for breaching quarantine.

It is absolutely intolerable when we compare this to an elderly woman who was jailed one day and was fined RM8,000 after pleading guilty to breaching her home quarantine. It is unreasonable that in such a difficult time where retrenchment happens all around the country, the court did impose such severe punishment on the elderly who might be poor and needy but not to a financially sound minister who receives a lucrative salary.

Such double standard is scandalous, frivolous and disgraceful. Moreover, if we look at the foreign examples such as New Zealand, Ghana and Ireland where there were similar cases of ministers violating the SOP, all of them made public apologies and resigned immediately, unlike our minister who is still staying in the office.

Not to mention the serious consequence of the Sabah election which caused the third wave of the pandemic outbreak. This happened because of our ministers who ignored all the SOPs but conducted frequent and large political campaigns in order to win the election.

Now, the question which is worth to be considered is why the people have to suffer economically and be placed at a high risk of being infected merely because of their political interest?

Back to the point, is this kind of behaviour that you wish to see from our role model, the highly respected ministers? I guess we have the answer in our mind and that’s the reason why the minister as the paragon of the nation, should not be treated differently by the law.

Last but not least, if our ministers are allowed to be treated differently at law, the ultimate result is that the reputation and image of our beloved country will be tarnished.

As human rights and equality are being upheld in today’s world, if our ministers are excused from any liability merely because of their special rank in the government, Malaysia will definitely become a negative remark or even become a joke internationally.

If the ministers are able to act in a tyrannical manner at law, the practice of double standards would certainly bring disastrous effects to Malaysia’s reputation. The other countries will look down on us and perceive that our country is one of the most corrupted countries.

Referring to Corruption Perceptions Index (CPI) which ranks countries based on how corrupt their public sector is perceived to be, Malaysia was placed at the middle level and be regarded as a more corrupted country. What makes the public even more disappointed is there was no improvement in enhancing the transparency and integrity of the public sector throughout the years.

Hence, a huge gap still exists between Malaysia and developed countries such as the United Kingdom, Germany and Sweden. Eventually, the foreign investors would not choose our country as the destination to set up their investment since our country is corrupted and controlled by the ministers who tend to act arbitrarily and this further devastate our economy.

In a nutshell, I’m of the view that the law should not be applied differently to the ministers merely because they are unique or are of a higher social rank in the country. Instead, as enshrined in our Federal Constitution, no one should be placed above the law and we are all equal before the law.

To maintain social fairness and political stability, all of us, the ordinary citizens have a dominant role to play. We shall not tolerate any kind of double standards that exist in our country and we must voice out bravely if there is any and punish them by exercising our civil rights in the ballot box.

We, the people have the people’s power and our societal interest must not be robbed merely to fulfil the personal benefit of some selfish and greedy governing officers.

All in all, for the bright future of the nation and to strengthen our democratic society, let us stand together to refuse the existence of any form of double standards in our nation start from today.

Remember, a journey of a thousand miles begins with a single step.